Four Film & TV Productions by students at Dundalk Institute of Technology (DkIT) have been nominated for the upcoming Royal Television Society (RTS) Awards 2019.  The selected projects are comprised of work by third and fourth year students on the BA (Hons) in Film & Television Production and span a variety of genres including shorts, documentary and comedy and entertainment.

This is the third time that work by DkIT has been recognised by the RTS awards. Previous winners include the music video, My Red Hot Car and documentary, Pixel Value.

“We are thrilled that work by DkIT film students has been recognised again this year. The Royal Television Society Awards is one of the gold standard awards for the industry and is an important platform for our students to showcase their extraordinary talent as the next generation of  film and television professionals. I would like to congratulate all our students involved in producing this work and I wish them the best of luck for the final.”

“The institute has an impressive track record of awards success in film and television and I am delighted that the high calibre of our students’ work has been acknowledged once again. Our hand-on approach to teaching and learning means that our students have the opportunity to create and produce content from the moment they arrive at DkIT. The presentation of this work at awards and festivals is an important learning experience which will prepare them for entering the industry following graduation.’

Winners of the RTS 2019 Awards will be announced at special prizegiving ceremony on Tuesday 5th March 2019 in RTÉ Television Studio 1 at 8.p.m. All nominees will receive a certificate in recognition of their achievement. 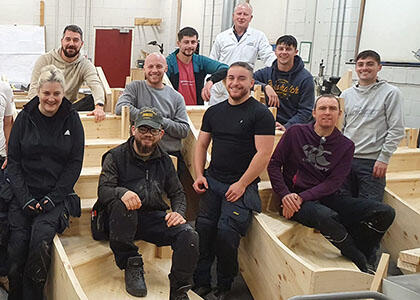 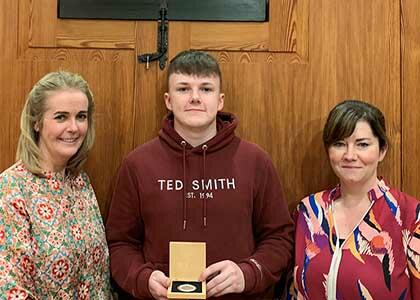