Unconscious gender bias may be contributing to the low representation of women in the creative industry workplace.

Aoife Brennan, Stephanie Hayes, Aine McEneaney and Kevin McElroy were so concerned by the failure of women who graduate in graphic design going on to work in the industry, that they did their final year project on it.

“57 percent of the students on our course are females and in Ireland as a whole we discovered 75 percent of graphic design related courses are made up of females.”

However they found just 25 percent of females are working in graphic design.

Aoife (24) from Ardee, said, “progression is also a problem, only 11 percent of directors in the creative industry are female.”

Aine said, “So we were really shocked and appalled by the statistics. We said where is over half of our female colleagues?”

“We started investigating what might be the cause of that and we found that unconscious gender bias maybe a contributory factor to the lack of women in the industry.”

Stephanie (20) from Drogheda said “we sent out a survey and we did interviews of the creative media students.”

Among the findings was that 51 percent felt students are not always seen as equal in 3rd level education.”

To raise awareness about unconscious bias, they created a test which Aoife said indicated, “only 10 percent of people tested did not have a bias. It shocks people ‘because they think ‘I don’t have a bias’ but nearly everybody does.”

‘ShEqualities,’ was one of the final year projects by students on Communications, Film and Television Production, Music Production and Media Arts and Technologies programmes in DkIT which were showcased at Fís 18.

‘Inclusion’ was the theme of this years Fís and each of the projects explored a different aspect of what is, and isn’t inclusion.

Adele Commins, Head of Department of Creative Arts, Media and Music said the standard of work was “exceptionally high,” and, “we were thrilled to be sharing and celebrating the achievements and skills of our students.”

“This was a showcase of graduate work, of their scapstone project. In many instances there is a practical component so there maybe a game, an app or maybe a website included.”

“Sometimes they come to the exhibition to find a student who has a skill in something and they see a project and say ‘that is what we are interested in.’”

The annual John Moore film award was revealed on the Fís 2018 launch night.

The 2017 winner was the short film ‘Chancer,’ directed by graduate Hannah Conroy from Dunleer, county Louth.

Fís 2018 is a showcase of work by students in the Department of Creative Arts, Media and Music. To find out more about the courses offered in this area please visit https://www.dkit.ie/cao-hub/creative-arts-media-and-music.html

Fís 2018 is a showcase of work by students in the Department of Creative Arts, Media and Music. To find out more about the courses offered in this area please click below: 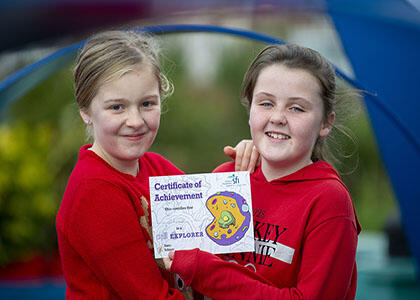 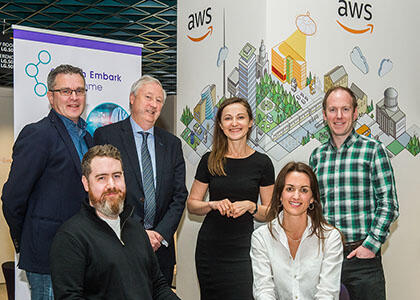 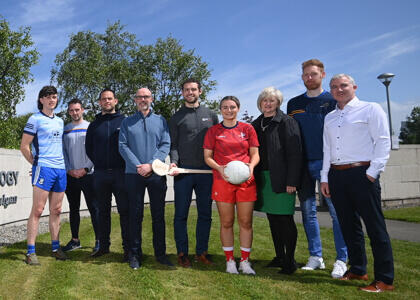