With over fifty years combined working in live TV, we were very fortunate to welcome Sara Bell and David Donaghy to DKIT. 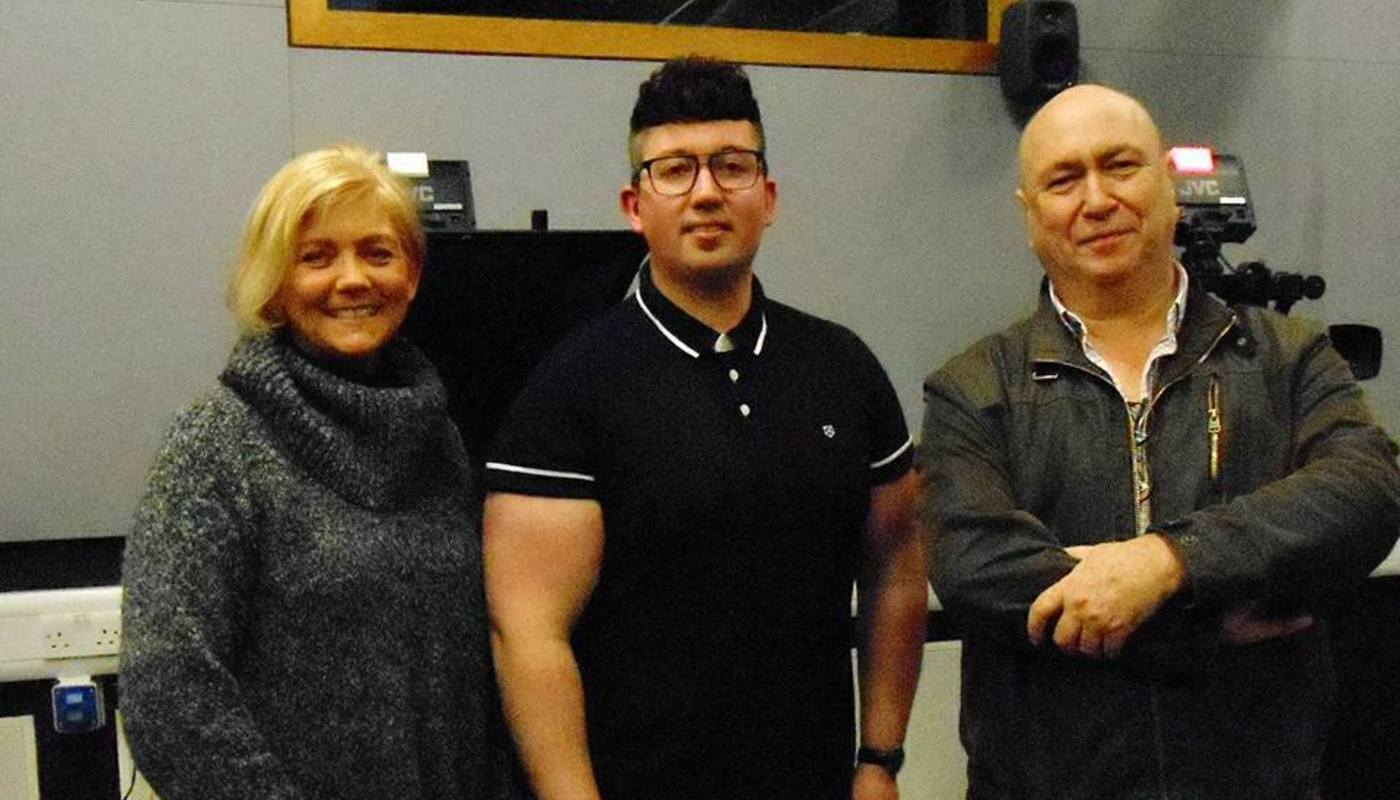 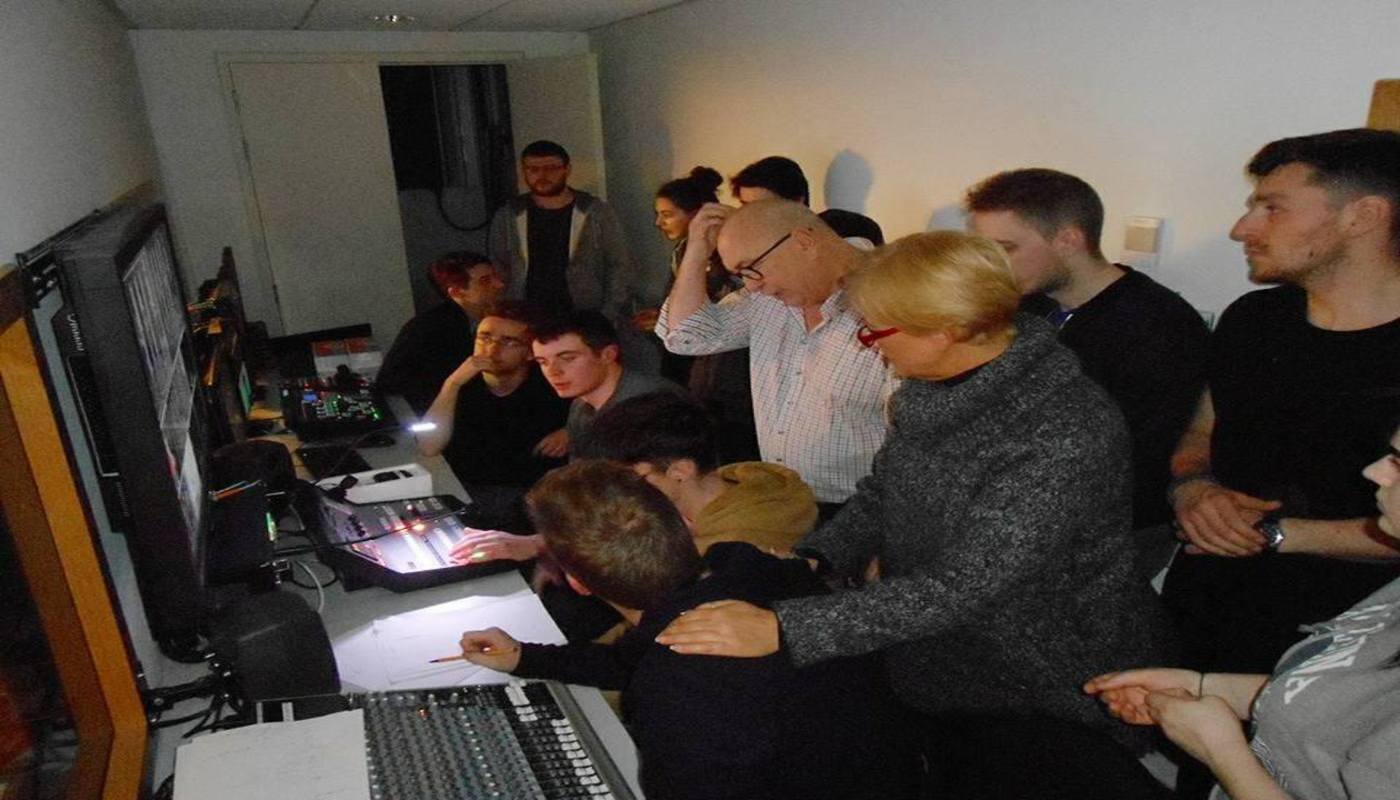 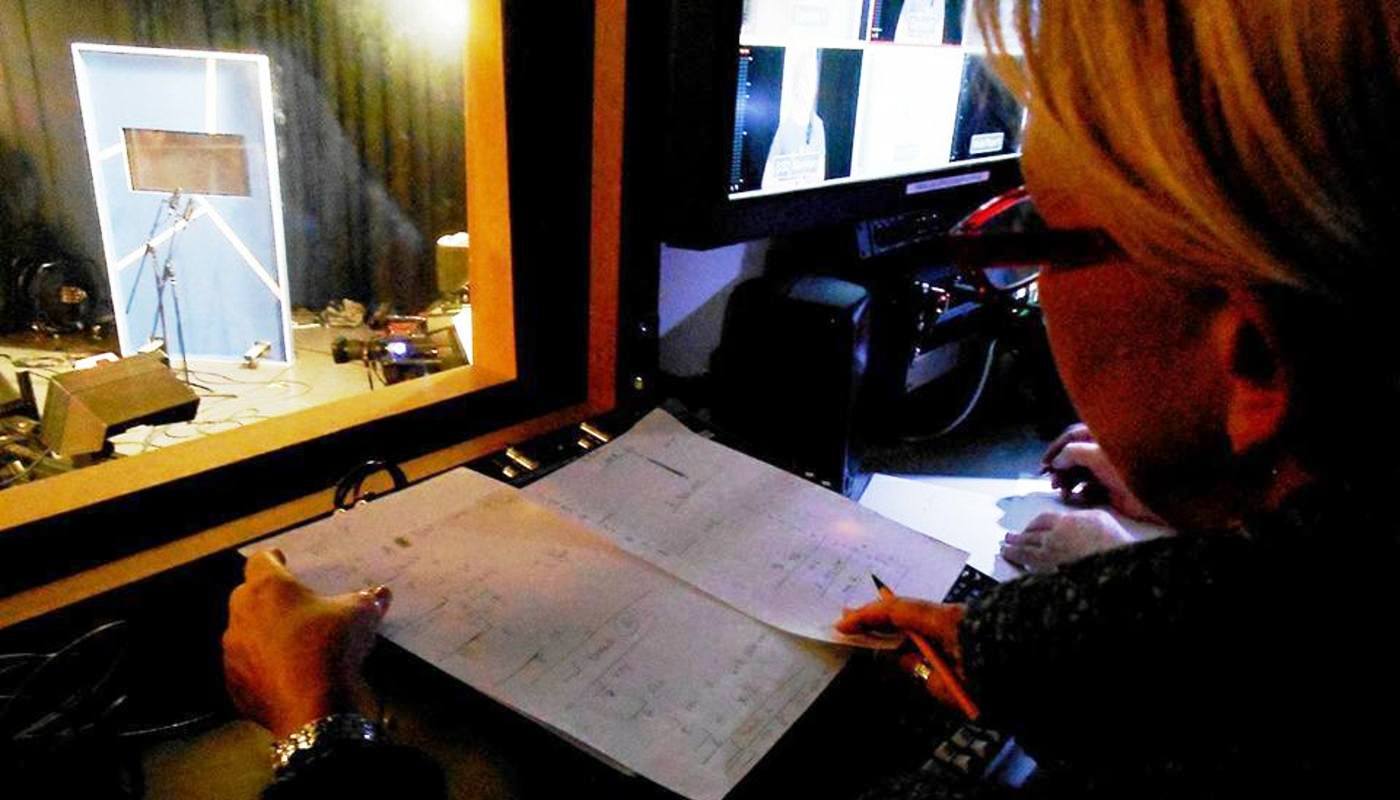 This hands-on workshop covered live TV studio directing. They are a husband and wife team who often direct together. Sara is currently a music PA and BBC Production Manager who has worked on overseas assignments, including an exploration of folk music in Estonia and Uganda. Sara began her career at BBC Northern Ireland as a researcher. She met David at UTV, where she worked on numerous projects covering sports, education and the arts.

'You have to have sharp elbows in this game'

she told us and be willing to step into different roles to discover what you want to do.

David is one of the most sought after multi-camera directors in the country. He has worked on Music shows, Current affairs, DVD's for BBC, ITV, RTE, C4, WGBH, PBS + many more. David is a IRMA and IFTA winner. I asked him how he and Sara cope with such an intensive workload. He said that they work freelance, which means they could be working one or seven days a week depending on the project, but they love what they do, so it does not feel like work. Unsurprisingly, we learned a massive amount about live directing procedures and protocols for music shows.

Perhaps the most important thing that David and Sara emphasised, was the importance in being able to try, because giving everything a chance increases the likelihood of finding a job that you love.

Film and TV Programme Director, Lorcan Dunne, had this to say about the workshop,

"A workshop like this is invaluable - David and Sara are experts in this area and the students learn so much in a short space of time. This is what differentiates our course from many others - industry practitioners preparing students for what they're actually going to encounter when they enter a TV studio or film set."