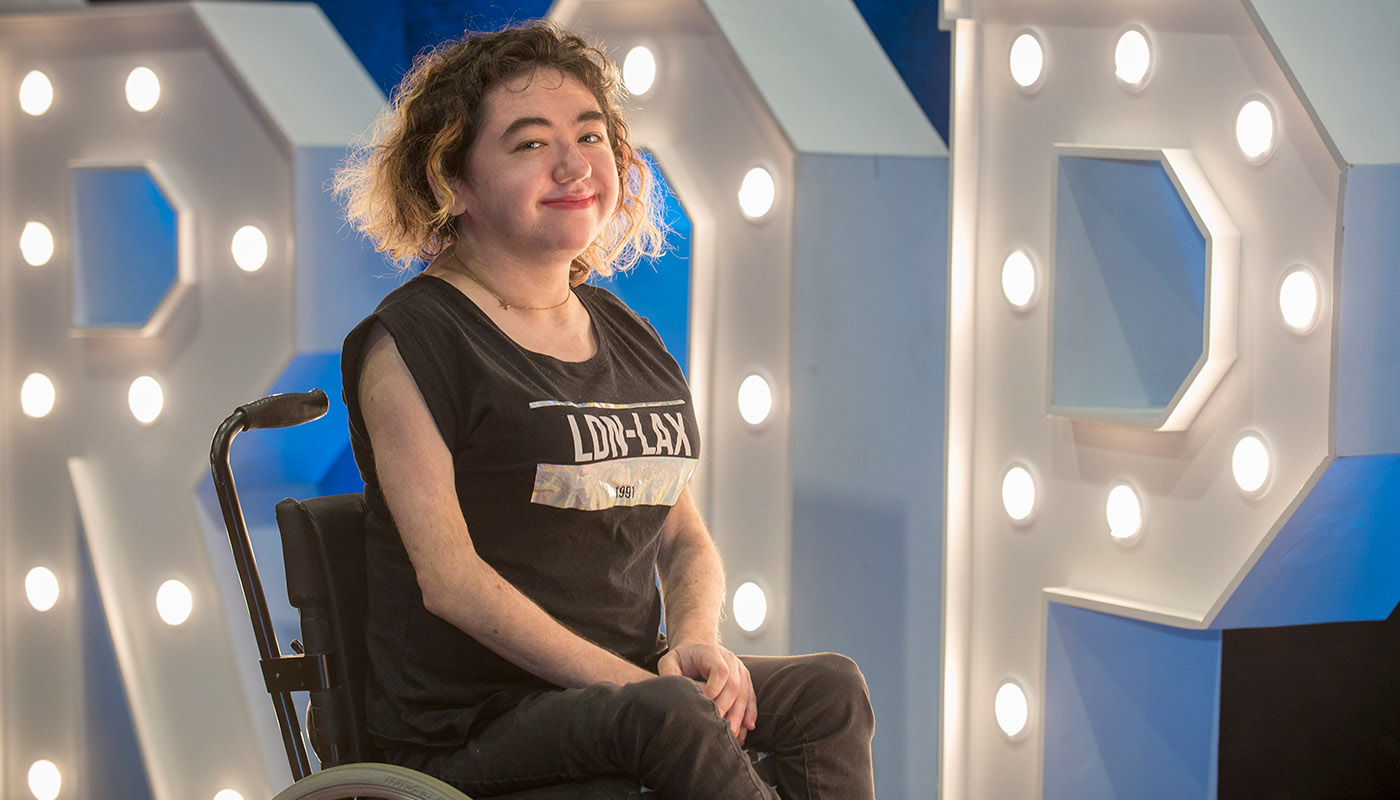 Alannah Murray (21) is preparing to graduate from DkIT’s first ever BA (Hons) in Film and Television Production degree course.

Alannah looked at a number of other colleges before deciding on DkIT and now, as she approaches the end of the 4 year programme, she said,

“As someone with a disability, DkIT has been an incredible college to go to. People with disabilities are often let slip through the cracks but here it wasn’t let happen here.”

A number of factors played into Alannah choosing Dundalk over other colleges, one of them being the size of the campus.

“I went around the other colleges, the bigger ones and I got a sense I would be really lost in them.”

“I came down to the open day at DkIT. I saw the facilities and heard that the class sizes were very small and I met the lecturers.”

She knew she would be on a first name basis with the lecturers and, “as a student with a disability, it is really important to know your lecturers, ‘cos there are some things you might need like extra extensions or having to dip in and out of class unexpectedly.”

“The thoughts of a big, impersonal university or big impersonal college just didn’t suit my needs and the facilities here in DkIT are some of the best I have seen in the country.”

“I had been to other colleges to look and see and then I came here. I saw the studio, it is RTE affiliated, so you can’t really get any better than that and then I met the lecturers and then, comparing it to the other experiences, I thought Dundalk is the one.”

Alannah commutes every day from county Cavan and said that while not all aspects of the course were accessible to her, that any issues were addressed.

“When I first got here there were aspects of the course that were inaccessible for example the gallery in the TV studio was upstairs so I could not get to the equipment.”

“I brought it to the attention of the staff and management and they helped me campaign for better equipment.”

As a result a new suite of equipment was provided, “that would allow the TV studio not only to be fully 4k, but also to be fully wheel chair accessible.”

Alannah said that not only has this benefited her but, “it leaves behind something for other students who want to follow me and study film.”

Alannah has already made a name for herself in the world of independent documentary making. She directed ‘Roll Camera,’ a documentary exploring the representation of disability in the Irish screen media industry and it won Best Documentary award for Roll Camera at Underground Cinema Awards

Alannah proved she is as talented in front of the camera when she took centre stage as a guest speaker at a Tedx talk in Dublin last December.

“It was completely surreal. I tweeted it was on my bucket list to do a TEDx talk and they replied so I applied.”

She shared the bill with other well known people including Andrea Horan creator of ‘Tropical Popical' and Aine Mulloy of GirlCrew.

“I was there in my chair, in front of hundreds of people talking about disability and how there needs to be more of a place for people with disabilities to represent themselves rather than being represented by others.”

The title was ‘Less Pedestals More Platforms and Alannah said it is about “giving people platforms for self representation rather than just turning them into an inspiration or putting them on a pedestal.”

With activism and advocacy, both which she says she fell into, Alannah has found herself speaking on behalf of people with disabilities on a number of occasions including addressing TDs in the Dail on public transport.

“I told the TDs it is not acceptable, I am a 2nd class citizen maybe even a 3rd class citizen in this country, it has to stop. People have started revolutions on a bus before…”

“It makes no sense to me that I don’t have the same rights as other people because I am in a wheelchair.”

In DkIT she was treated like all other students.

“I linked in with the disability services months before I got here. They asked what I needed to ensure I was fully accommodated. I was given a PA, I was given access to a laptop and then I spoke to my lecturers and said look there could be times where I miss extended periods of college and they said that is fine, if you need to, we will give you extensions, we will send you on the work.”

“For someone who does miss as much college as I do because of my health issues, Dundalk Institute of Technology has been a Godsend”

“I wouldn’t be here in 4th year in a pioneering film course without the support I was given by the staff and the services provided here.”

The college has also helped Alannah access to the social side of college life by providing an accessible taxi or bus and “they would make sure I was just as much part of the student lifestyle as was possible.”

“People think about college and they think of the academics but the social end of things is just as important, just making sure there is something there I can take part in the same as my peers, is really important.”