Bernard O’Shea recently paid a phenomenal tribute to his former alma mater, Dundalk Institute of Technology. Bernard graduated from the Institute in 2001 with a BA Degree in Humanities and it was while completing this course he took his first steps into comedy. Bernard’s first stand up gig was in the Institutes Mac Anna Theatre, and for someone who never intended to do comedy, Bernard O’Shea’s stand-up career got off to a flying and supportive start in DkIT. 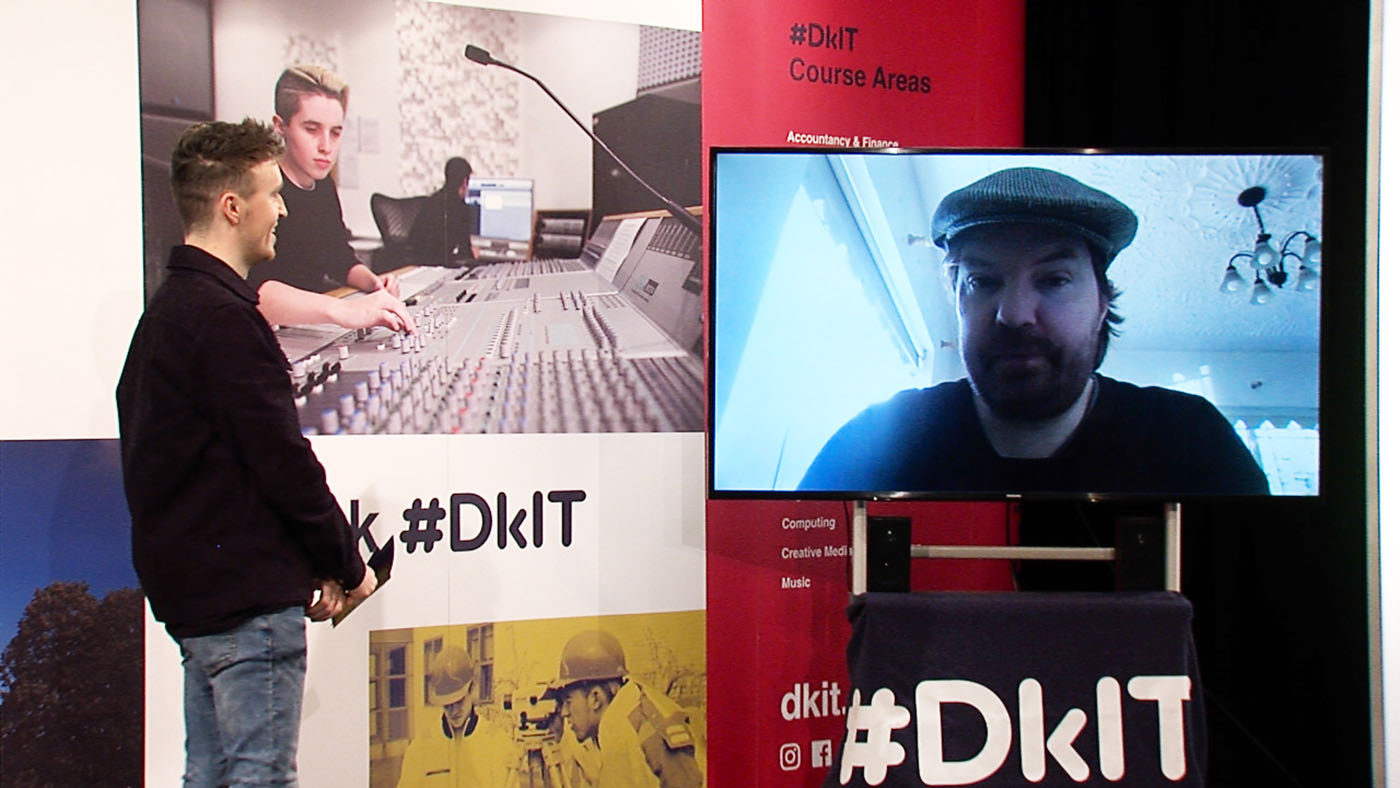 Bernard took part in a DkIT student recruitment video, he was interviewed by another recent DkIT graduate, David Hammond, who recently won the IMRO Best Radio DJ.   David hosts Waterford Beat 102-103 Big Lunch and graduated from DkIT in 2017. The two men shared fond memories of their time in DkIT.   Apart from Bernard reminiscing about his time in DkIT the video contains interviews with current undergraduate students and local employers and will be circulated around all the post primary schools in the region to support Career Guidance Counsellors in promoting the course offerings in Dundalk Institute of Technology.

Bernard said he enjoyed every minute of his course at the Institute and loved his time living in Dundalk which resulted in him making lifelong friends, ‘I’ve really good memories of DkIT, my course was amazing and my experience in Dundalk was just how college years should be, the best years of my life.’ He referred to Dundalk as an amazing town which has great history, heritage and is culturally vibrant, he joked about Dundalk being ‘great place to get a haircut, buy shoes and have a few pints in’.

Bernard particularly pointed out the benefits of attending an Institute in a town as opposed to a city and he felt one of the big positives that DkIT has to offer, is its small supportive community environment, smaller class sizes and the relationships built between students and lecturers.

Bernard O’Shea is a twice published author. His first book, My Wife is Married to a Feckin’ Eejit was a bestseller. He currently writes a weekly feature column for the Irish Examiner and is a regular contributor and content provider across digital and traditional media.

In radio he co-hosted Breakfast Republic on 2FM for five years and previously IRadio Breakfast. He currently provides content to the Dermot and Dave show on Today FM as well as being a regular contributor on RTE Radio 1. Bernard wrote, starred and produced the hit RTÉ TV series Bridget and Eamon and was most recently seen on RTÉ’s Marty and Bernard: On the Road Again and more recently Bernard’s Working Comics. 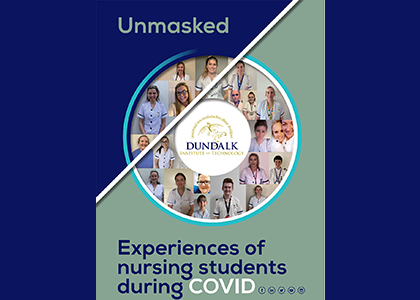 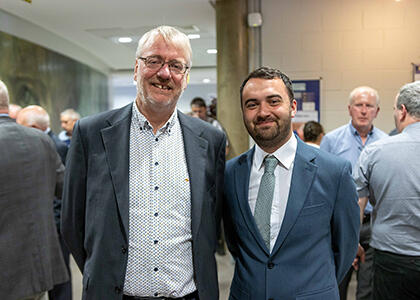 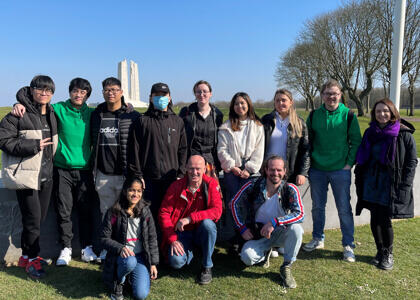 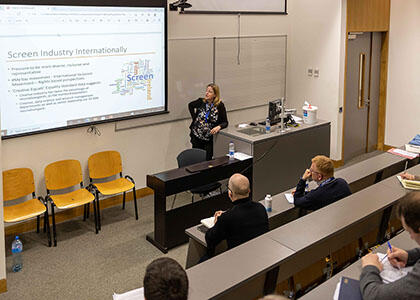