Martha Guiney, traditional musician and graduate of Applied Music, on her time in Dundalk Institute of Technology (DkIT). 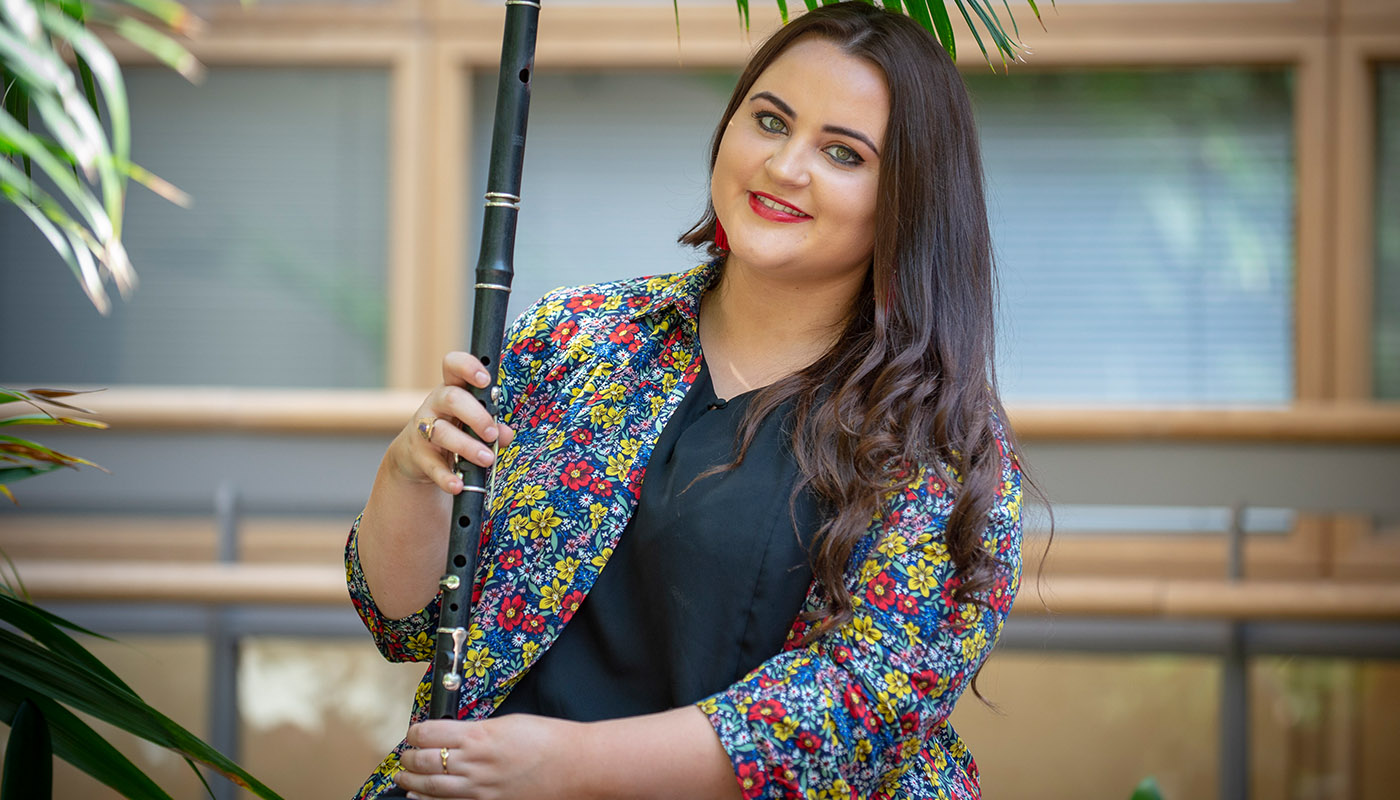 “I have had an amazing time and would do it all again if I could,” says professional musician and DkIT graduate Martha Guiney.

A traditional flautist, Martha graduated with a BA (Hons) in Applied Music from DkIT last year and is about to complete her Masters in Irish Traditional Music from the Royal Irish Academy in the University of Limerick.

She has been shortlisted for the BBC Radio Ulster Young Musician of the Year and was also nominated for the President’s Prize for her outstanding contribution to the cultural life of the Institute.

A music lover from childhood, she knew that after she finished in Our Lady’s Grammar School, Newry, she wanted to pursue her degree at DkIT because of its reputation.

“I heard it was a great course for music and I came up to the campus and was really impressed with the facilities.”

Martha, who is from Glenn, county Down said, “The recording facilities were second to none as were the practice rooms.”

She chose Applied Music because she wanted to expand her musical knowledge, “I know I am a traditional musician but I wanted to explore other genres.”

“I didn’t want to be restricted for 4 years in one genre; I am a flute player instead of just a traditional flute player.”

She also believes the experience of learning about more than one genre makes musicians more employable.

“In 1st and 2nd year here we did classical, contemporary and traditional and in the 3rd year I specialised in solo performance and in traditional as my genre.”

“We did modules in the history of Irish music, song and dance and in contemporary music and western art music.”

For her final year project she did her dissertation on the traditional musician Seamus Tansey, one of Ireland’s best known flute players.

“I did a critical analysis of his playing and his contribution to Irish traditional music,” she said.

Martha also spent a summer as an intern at the Milwaukee Irish Festival.

In her time at DkIT she said, “I had so many amazing opportunities including travelling internationally.”

She has also played with ensembles from Brazil and Scotland and while in Brazil she also got the opportunity to teach.

“I have had an amazing time and would do it all again if I could,” she said.

To find out more about Music degree courses at DkIT, please click below: