Work By DkIT Lecturer To Feature in Foremost Irish History Anthology: The Cambridge History of Ireland

Announcing a landmark survey of Irish history from c.600 to the present day

Written by a team of more than 100 leading historians from around the world including DkIT History Lecturer, Dr. Annaleigh Margey.

Vibrant, comprehensive, and accessible, The Cambridge History of Ireland presents the Irish story – or stories – from 600 to the present. Four comprehensive volumes bring together the latest scholarship, setting Irish history within broader Atlantic, European, imperial and global contexts.

The work benefits from a strong political narrative framework,  and is distinctive in including essays that address the full range of social, economic, religious, linguistic, military, cultural, artistic  and gender history, and in challenging traditional chronological boundaries in a manner that offers new perspectives and insights.

Each volume examines Ireland’s development within a distinct  period, and offers a complete and rounded picture of Irish life, while remaining sensitive to the unique Irish experience.

Dr. Annaleigh Margey, lecturer on the BA (Hons) in Digital Humanities course at DkIT wrote the chapter ‘Plantations, 1550-1641’, which focuses on the development of English, and later British settlement, in Ireland in the sixteenth and seventeenth centuries. This is a specialist research area for Dr. Margey, originally from Letterkenny, Co. Donegal and formed part of her PhD, which she completed at NUI, Galway.

“I am honoured to have contributed a chapter to this book, which should become a key resource for studies in Irish history. The book brings together research experts in Irish History from all corners of the globe and I was delighted to present my own work which centres on an important period in early modern Irish history, the development of plantation schemes in lreland between 1550 and 1641.”

Dr. Annaleigh Margey is a Lecturer in History at Dundalk Institute of Technology. Originally from Letterkenny, she studied for her BA and PhD at NUI, Galway. Her PhD research titled ‘Mapping during the Irish Plantations, 1550-1636’, focused on the surveys and maps created by surveyors in Ireland during the decades of plantation. She subsequently held an Irish Research Council Postdoctoral Fellowship and a J.B. Harley Fellowship in the History of Cartography to continue this research at Trinity College Dublin.

More recently, Annaleigh has worked as a Research Fellow at the University of Aberdeen on ‘The 1641 Depositions Project’ and at the Institute of Historical Research, London where she conducted research on the property and charity of the Clothworkers’ Company in early modern London. She has also worked as a researcher on a project at NUI, Maynooth and the National Library of Ireland focusing on the rentals and maps in the landed estates of Ireland collections in the library’s holdings.

Most recently, she has edited a book with her colleagues Elaine Murphy and Eamon Darcy on The 1641 Depositions and the Irish Rebellion, and will shortly publish another book Mapping Ireland, c.1550-1636: a catalogue of the early modern maps of Ireland with the Irish Manuscripts Commission. She is currently working on a cross-border project with Armagh Robinson Library and Marsh’s Library, Dublin to digitise, and exhibit, the map holdings of the two eighteenth-century libraries. She has written several articles on early modern mapping in Ireland, particularly on Ulster, and on the 1641 depositions.

Brendan Smith is a Professor of Medieval History  at the University of Bristol. He is the author and editor of numerous books on medieval Ireland, including several collections of historical documents.

Jane Ohlmeyer is Erasmus Smith's Professor of Modern History at Trinity College, Dublin and the Director of the Trinity Long Room Hub, Trinity's research institute for advanced study in the Arts and Humanities. Since September 2015 she has also served as Chair of the Irish Research Council. Professor Ohlmeyer is the author/editor of eleven books, including Making Ireland English: The Aristocracy in Seventeenth-Century Ireland (2012).

James Kelly is Professor of History at Dublin City University and President of the Irish Economic and Social History Society. His many publications include Sport in Ireland, 1600–1840 (2014), which won the special commendation prize offered by the National University of Ireland in 2016. 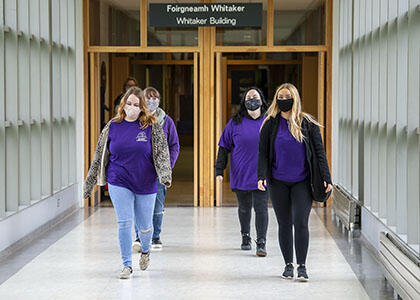