The Creative Arts Research Centre supported by the DkIT Research Office hosted a twin conference entitled Éistigí – Picteilín on 17 May 2018 in the Carroll Building. 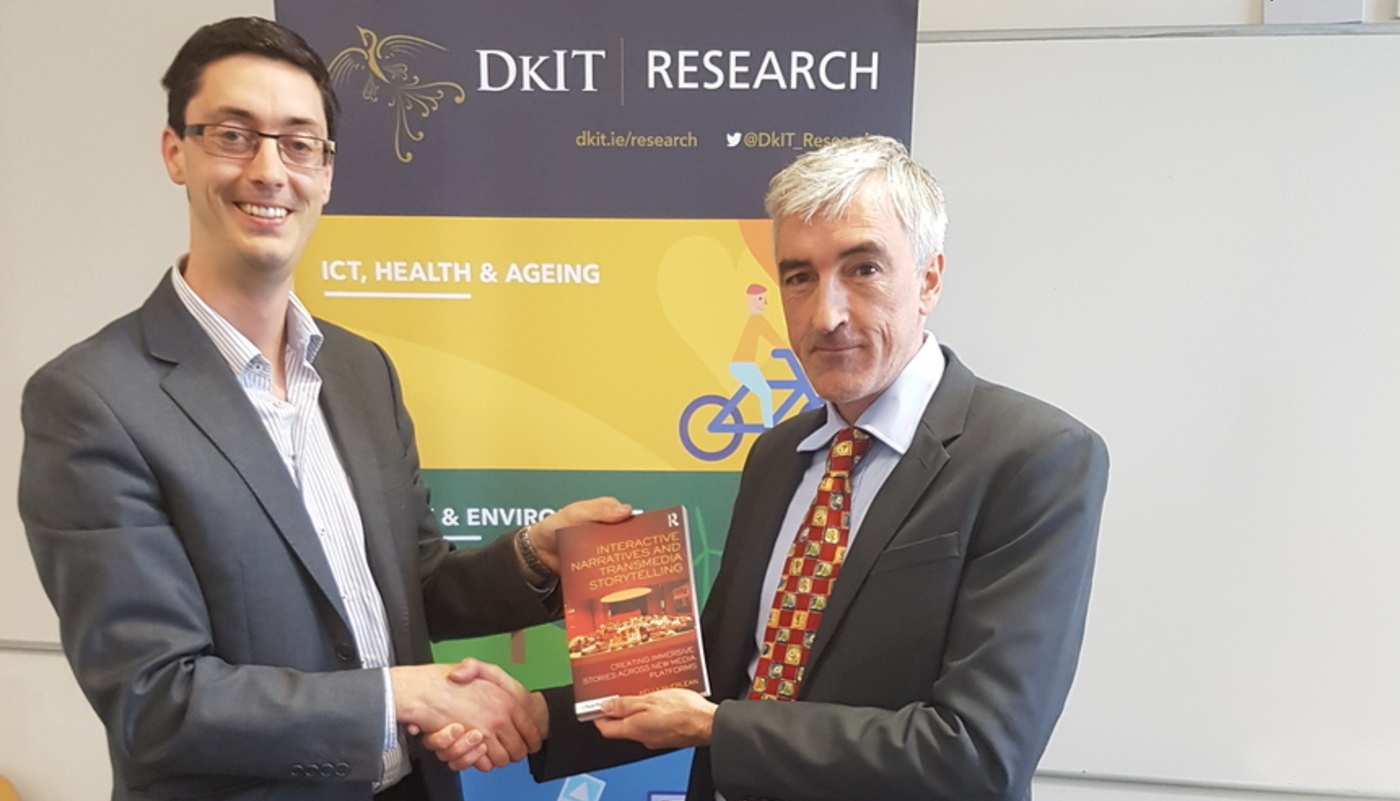 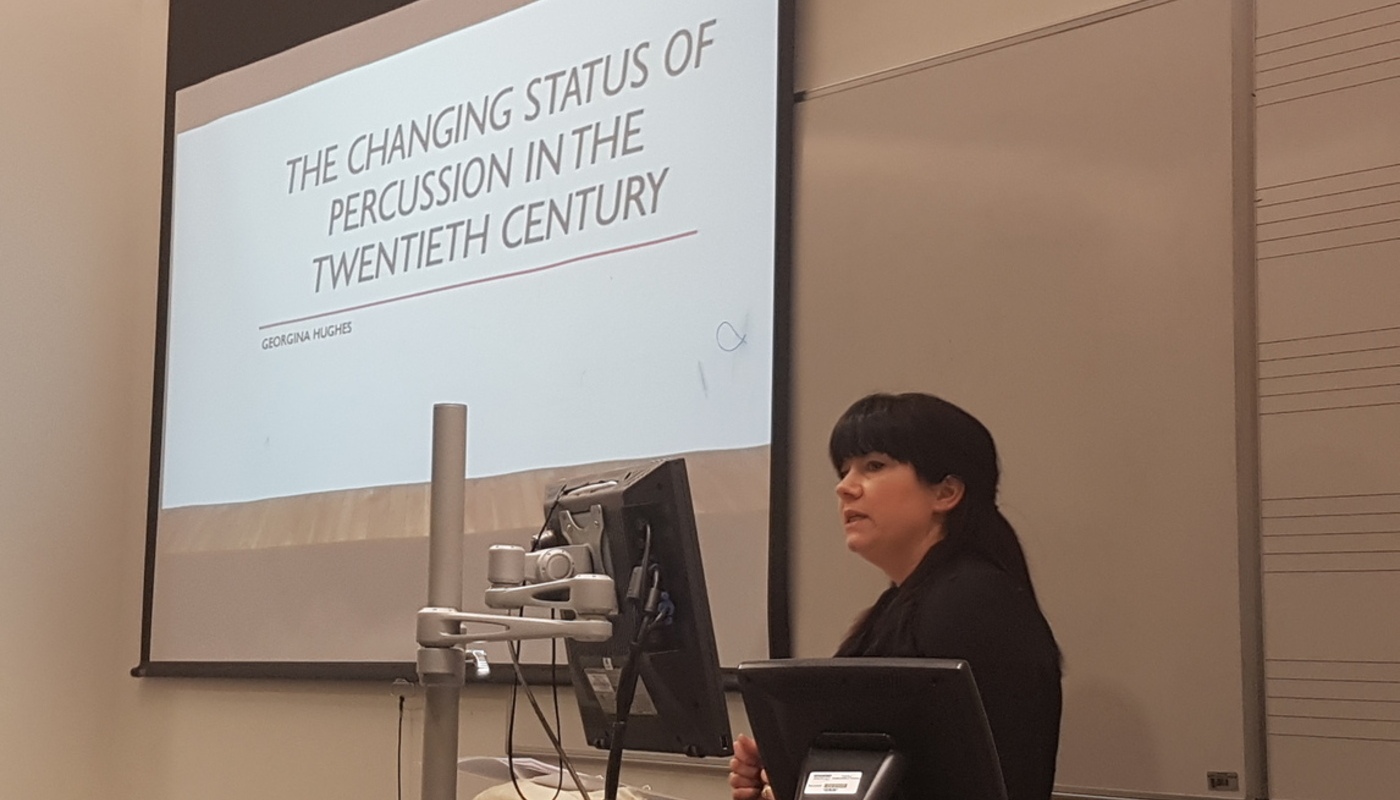 The event brought together a range of speakers on diverse but interrelated topics that demonstrated the strength of research in the centre. The opening session focused on performance in Ireland. Dr Fiona Fearon, a Lecturer in Drama and Theatre Studies at DkIT, engaged with the impact of the 1916 Rising on theatre practice in Dundalk. This was followed by a talk by research centre Co-Director Dr Daithí Kearney on the relationship between theatre and tourism in Tralee. Presenting a more theoretical paper, Christina Lynn, an MA by Research student in the Department of Creative Arts, Media and Music, engaged with the concept of authenticity, applying it specifically to Irish country music but with resonances in the preceding theatre papers.

Concurrently, Dr Ingrid Lewis, whose recent book on women in Holocaust Film was recently launched by the Creative Arts Research Centre, further developed this area of film studies. This was followed by Dr Kelly McErlean, whose book on interactive narratives and transmedia storytelling was launched at the close of the conference. Engaging in further developments in the field, Sharon Morgan, an MA by Research student in the Department of Creative Arts, Media and Music, critically discussed the development of virtual reality technologies in the context of film and television. A session on creativity, aesthetics and production had three provocative papers that examined developing creativity. Kenneth Sloane provided a reflection on changing pedagogical practice that sought to encourage and facilitate creativity amongst budding computer programmers. Stephanie Caffrey provided a critical analysis of the single ‘Runaway’ by Dundalk band the Corrs, placing them in the context of the work of producer David Foster. Dr Niall Coghlan further developed the deconstruction of the role of technology in music production with a historical overview of the impact of synthesisers and drum machines in music production.

Concurrently, Glenn Doyle, Nadia Williams and Maurice Mullen presented on their doctoral research on three very topical and contemporary areas. Doyle considered the impact that contemporary attitudes towards the photographing of children is having upon the everyday practice of photographing and sharing images of children. Williams focused on the attitudes of drivers on cyclists and participation in cycling, while Mullen considered the potential of ethnomusicology to provide insights into culture and society in north County Dublin.

After lunch, a session on musicology and music education brought together four scholars whose work highlighted the centrality of this area of research in the centre. Dr Adèle Commins, recent recipient of the President’s Prize for Research in the Arts and Humanities and Head of Department of Creative Arts, Media and Music, presented her work on Irish-born composer Sir Charles Villiers Stanford and the Feis Ceoil. Her postgraduate research student, Lauren Farquharson, gave a lecture recital concerning two composers for the piano accordion, Francis Wright and Gerald Crossman. This was followed by percussionist Georgina Hughes’ consideration of changing attitudes to percussion and the move towards composition for solo multi-percussion. The final paper of the day returned to the local sphere as Gemma Murray, co-ordinator with Music Generation Louth gave a critical overview of the Strings Programme and efforts at transforming lives through music-making, which is the focus of her MA by Research at DkIT.

A number of the presentations throughout the day represented work in development towards publication while a number of the researchers are engaged in practice-based research leading to compositions, films, recordings and performances. The day concluded with the launch of Interactive Narratives and Transmedia Storytelling: Creating Immersive Stories Across New Media Platforms by centre member Dr Kelly McErlean. The book is aimed at storytelling creatives who wish to develop and deliver interactive narratives and transmedia titles using new technologies and distribution patterns. Dr Daithí Kearney, co-director of the research centre, highlighted the attractiveness of the book to those beyond Kelly’s immediate field of film-making, referring in particular to chapter four, ‘Sound Design’, which engaged with the role of music in storytelling. Dr McErlean himself provided a context for the book and the importance of his research in relation to new trends across a range of businesses and commercial activities.

All of the presenters at the Éistigí – Pictilín conference have benefited from the support of the DkIT Research Office through the training and career development programmes, scholarships and support mechanisms, and funding towards conference participation, which had aided the international dissemination of the research undertaken in the Creative Arts Research Centre. At the close of proceedings, conference chair Dr Daithí Kearney thanked Dr Tim McCormac and Dr Orla Lynch from the Research Office for their ongoing support of the Creative Arts and Humanities, which are part of DkIT’s success as the leading Institute of Technology in its prioritised areas of research. 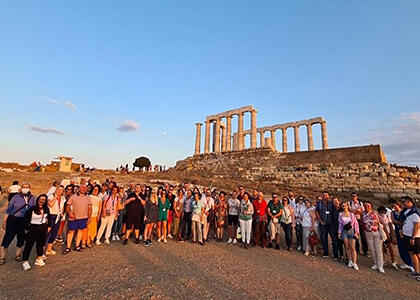