The Oriel Traditional Orchestra, one of the ensembles-in-residence at Dundalk Institute of Technology, will perform the world premiere of a new work by Irish composer Dave Flynn on Friday 8 April as part of the Féile Patrick Byrne in the Íontas Theatre, Castleblayney.

Established in 2018, the OTO are an award-winning, intergenerational, cross border community orchestra based in Louth, Armagh and Monaghan. In 2019 they received funding from the Arts Council of Ireland to commission a new work from Flynn and have partnered with Féile Patrick Byrne for the first performance, which will be conducted by the composer. 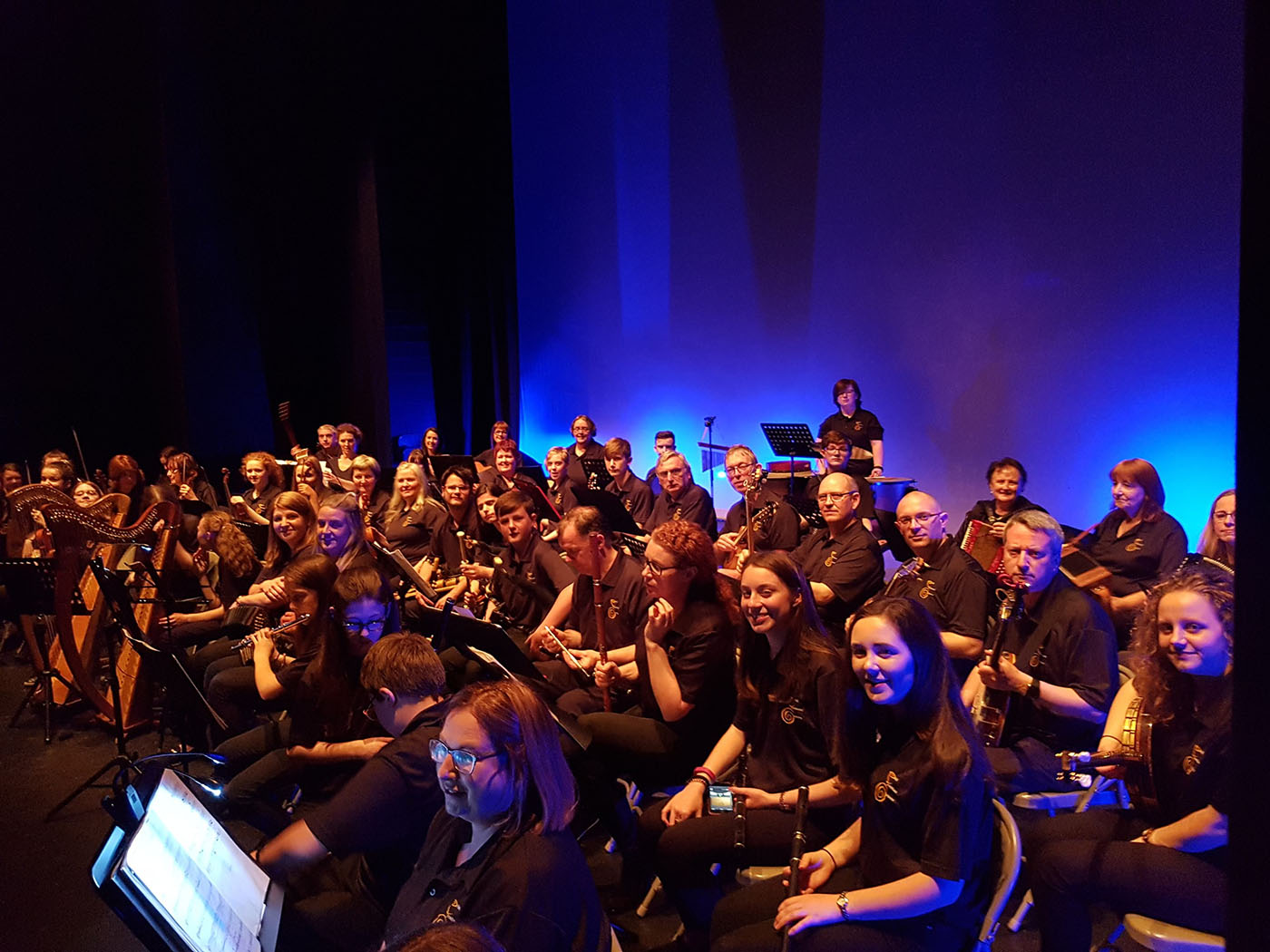 The orchestra includes staff and students from DkIT and the musical directors include Dr Adèle Commins, Head of Department of Creative Arts, Media and Music, Dr Daithí Kearney, Co-Director of the Creative Arts Research Centre, and Noreen McManus, fiddle tutor on the BA (Hons) Music.

The concert will also feature compositions and arrangements by Commins, Kearney and McManus as well as the first public performances by three of the orchestra’s teenage members, Áine Scott, Niall Hughes and Kerrianne McArdle. DkIT music students Colleen Savage and Chen Jia Ng will also perform with the OTO for the first time. All of the music draws from or is inspired by the wonderful heritage of the Oriel region in which DkIT is located.

The Event named after Patrick Byrne, the last noted exponent in Ireland of the historical Gaelic wire strung harp and the first Irish traditional musician ever photographed, Féile Patrick Byrne has established itself as one of the region’s premier music festivals. This year’s event begins with a performance by well-known Dundalk fiddle player Gerry O’Connor with Breton guitarist Gilles le Bigot, which will be recorded and released as a live album. Leitrim band Garadice featuring Eleanor Shanley (lead vocals), Dave Sheridan (Flute, Accordion and Piano), Padraig McGovern (Uilleann Pipes and Whistles) and John McCartin (Guitar) headline the Saturday night.

Composer Dave Flynn works with some of the world’s best musicians across several genres and his music is acclaimed internationally.​ His compositions have been performed by ensembles including the Prague Chamber Orchestra, Irish Chamber Orchestra and Crash Ensemble, and he also regularly collaborates with some of the most renowned traditional Irish musicians, these have included Liz Carroll, Paddy Glackin, Tommy Peoples, Mick O’Brien & Máirtín O’Connor. He is the founder of the cross-genre Irish Memory Orchestra and a new, enlarged version of The Vision Symphony involving musicians with visual impairment will be premiered in Galway in April 2022.

For more information on the Oriel Traditional Orchestra see orieltrad.org or watch our celebration of the heritage of the Oriel region on YouTube: : Performing Oriel's Heritage - The Oriel March - YouTube

The Oriel Traditional Orchestra is a registered charity, 20200515. 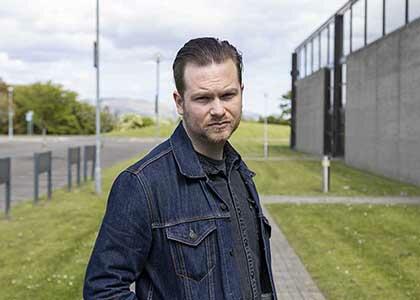