Dr Keith Thornbury from the Smooth Muscle Research Centre in Dundalk Institute of Technology (DkIT), was invited to attend an exhibition and reception in the European Parliament, along with Professor Lorraine Martin from Queen’s University of Belfast (QUB) and Professor John Lockhart from the University of the West of Scotland (UWS). The purpose of the event was to raise awareness of the impact of EU funding, delivered via the PEACE and INTERREG Programmes, on the region (including the Border Region of Ireland, Northern Ireland and Western Scotland). 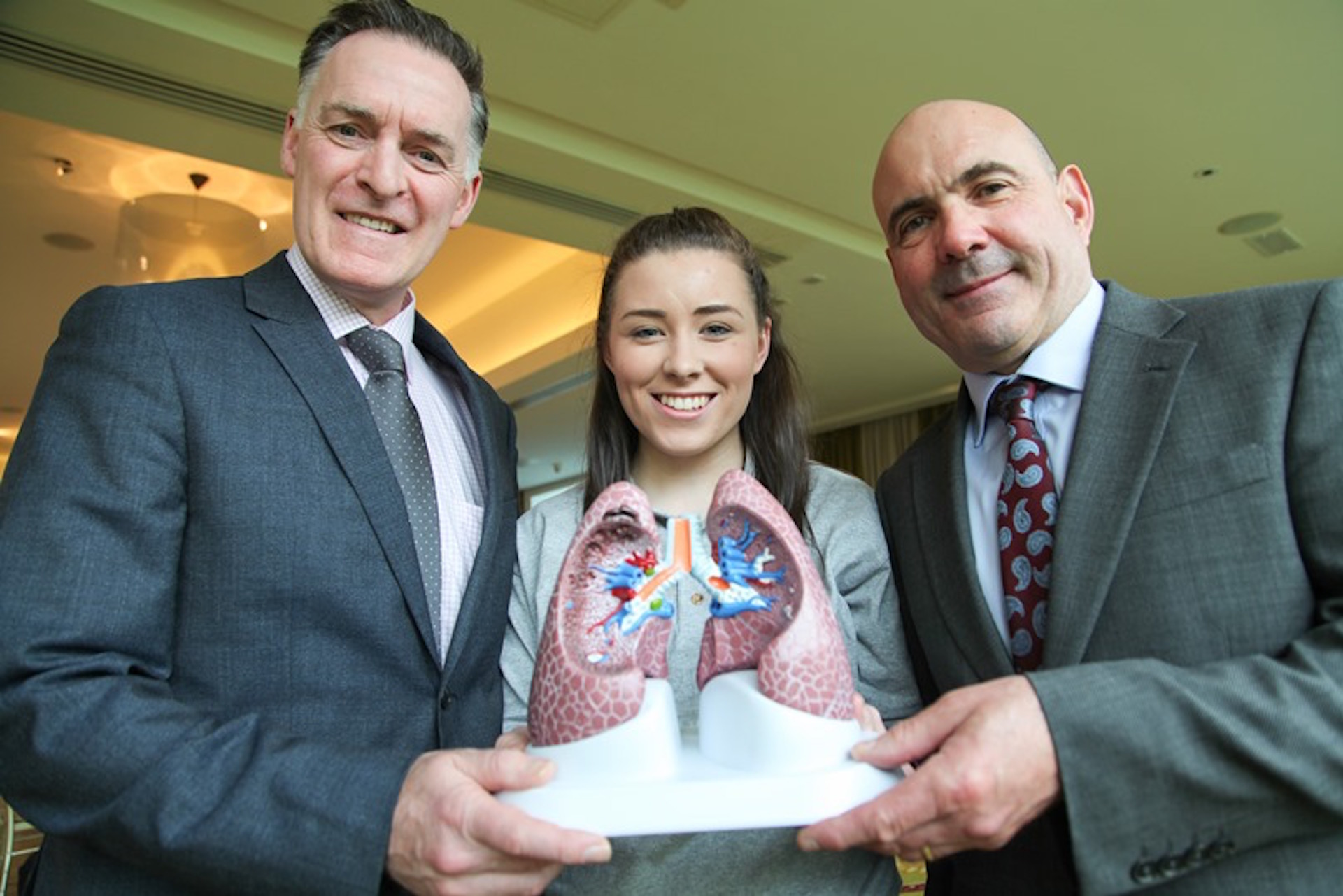 Dr Thornbury and colleagues were invited in their roles as leaders of BREATH, a €7.7M INTERREG-funded cross-border collaboration designed to train new young biomedical researchers in the fight against lung disease.

Dr Thornbury said “Our region has one of the highest rates of chronic obstructive pulmonary disease (COPD) in the world, where it will soon be the 3rd biggest killer. Most people do not realise the extent and seriousness of this illness, so one of the aims of the BREATH project is to increase public awareness.  We welcome this opportunity to present BREATH to MEPs, including Mairead McGuinness, MEP and Vice President of the European Parliament. We are grateful for the cross party support we have received.”

COPD is now the third biggest killer in the UK. Although smoking and air pollution remain the key contributing factors, genetic influences and early life events including infection, poor nutrition and impaired lung growth are now considered important factors responsible for COPD. Urban areas of Dundalk, Northern Ireland and West Scotland are considered ‘hotspots’ where the prevalence of COPD cases is up to 62% higher than the national average and as such, are represented by the regions taking part in this project.

Gina McIntyre, CEO of the Special EU Programmes Body, who fund the PEACE and INTERREG Programmes, said “Both the exhibition and the reception proved to be a huge success and we have received very positive feedback from Commissioner Corina Creţu along with the Irish Permanent Representative to the EU Ambassador Declan Kelleher and the UK Deputy Permanent Representative to the EU, Katrina Williams.”