A new music society, based on research undertaken at Dundalk Institute of Technology, is bringing the music of 19th Century Longford and Leitrim to new audiences, hosting a special concert as part of Heritage Week 2018. The event will take place in the Granard Community Library, Co. Longford, on 25th August 2018 at 7:30pm. 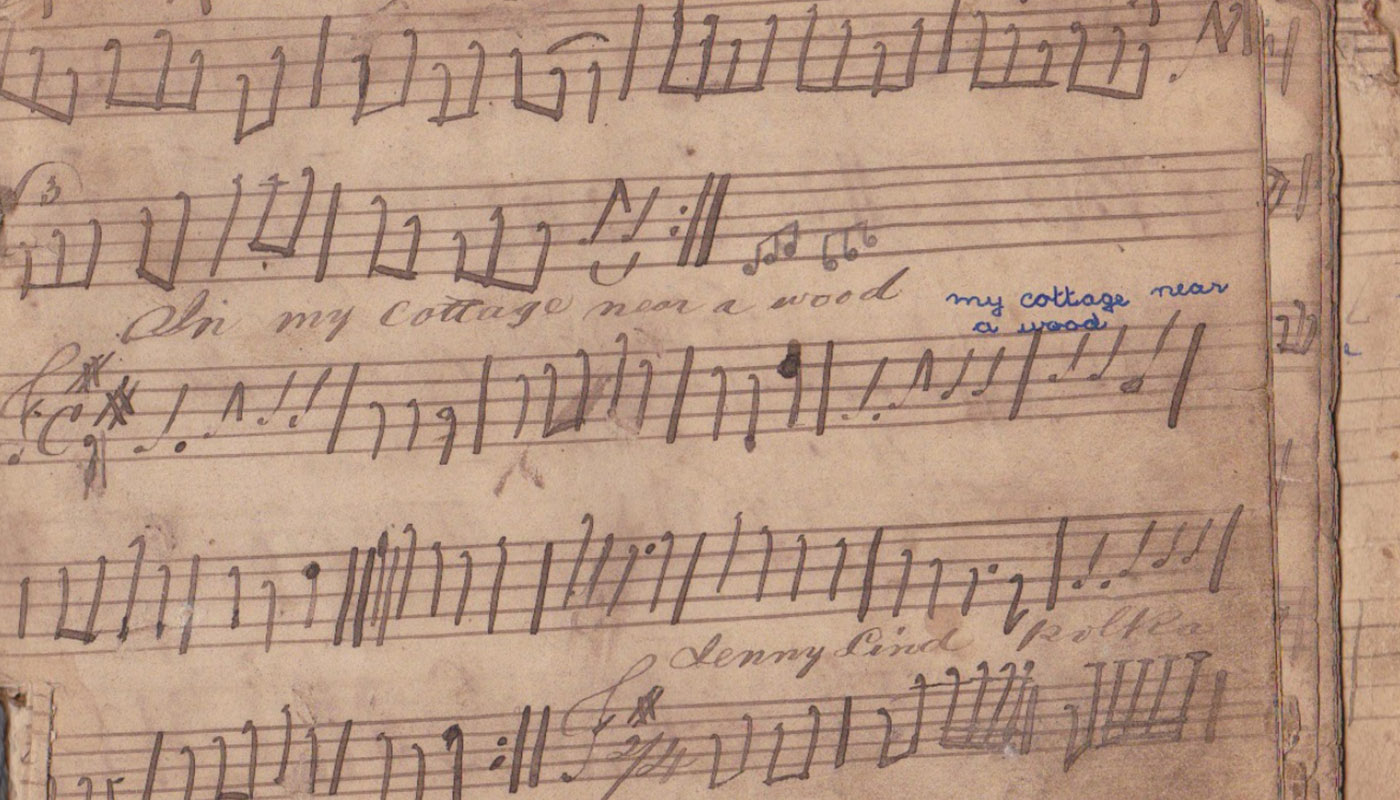 Manuscripts compiled by Conmhaicne musicians from the 1840s onwards
Previous Next

Conor Ward, a fiddle player from County Leitrim, is completing his PhD in Irish traditional music at Dundalk Institute of Technology. Acting on the findings from this research, in 2016 Conor founded a new society Cumann Ceoil Chonmhaicne in order to promote and preserve the historical music of the ancient Conmhaicne region, encompassing Country Longford and south Leitrim. One of the aims of the society is to promote the collections of recordings and manuscripts compiled by Conmhaicne musicians from the 1840's onwards,

This summer, the society is promoting the O'Farrell-Reynolds MSS. This collection of manuscripts was written in progressive stages between c1870 and c1940 by three generations of the one family: Patrick O'Farrell (c1835-?), Francis Reynolds (1862-1946) and Maggie Reynolds-Brady (1908-95), who hail from the Ballinamuck region of North Longford. Three fiddle players, Antóin MacGabhann, Conor Ward and Geraldine McLynn, accompanied by their students and guest musicians, will perform a musical reinterpretation of this collection. The backgrounds of the scribes and analysis of their music evident in the collection, will be presented by Conor Ward at various stages during the performances.

There has been significant growth in the research of Irish traditional music at DkIT over the past fifteen years, much of which has been of great benefit to the community. Many staff contributed articles on Irish traditional music and musicians to the monumental Companion to Irish Traditional Music (2011), Encyclopedia of Music in Ireland (2013), as well as to a range of academic journals. They have also contributed to recordings, broadcasts and television programmes and are involved in Fleadh Cheoil na hÉireann, being held in Drogheda in 2018 and 2019. With the support of Culture Ireland, Musicians from the Department of Creative Arts, Media and Music will perform at the Fleadh and will travel to Scotland, where they will promote Co. Louth and the extended region as part of their performances and workshops.

For more information on music research at DkIT visit: https://www.dkit.ie/music-research

Information on Cumann Ceoil Chonmhaicne may be found on Facebook: https://www.facebook.com/Cumann-Ceoil-Chonmhaicne-173507553066437/