At the forefront of global initiatives, Dundalk Institute of Technology (DKIT) Research Fellow Dr Iestyn Woolway has released new research on Climate Change, related to warming in lakes on a global scale. .

At the forefront of global initiatives on simulating projected climate change effects on lakes, the research highlights the experience and expertise that Dr Iestyn Woolway brings to DkIT and the Centre for Freshwater and Environmental Studies (CFES) researchers.

Dr Iestyn Woolway, who is currently undertaking a Marie Sklodowska-Curie Individual Fellowship at DkIT, undertook the research during his previous position at the University of Reading.

Lakes hold much of Earth’s accessible liquid freshwater, support biodiversity and provide key ecosystem services to people around the world. However, they are vulnerable to climate change, for example through shorter durations of ice cover, or through rising lake surface temperatures. In this paper, we assess climate change impacts on mixing regimes in lakes worldwide.”

The study, which was published in the journal Nature Geoscience, demonstrates that warming of lakes in the years to come will prevent movement of water within them, due to surface temperature rises. Many lakes would mix less frequently, with some experiencing no mixing at all throughout the year. This would leave deeper areas of some lakes devoid of oxygen or nutrients that are essential for supporting ecosystems. ‘Dead zones’ could become increasingly common in lakes in future due to climate change, reducing fish numbers and releasing toxic substances into lakes.

A lack of oxygen in deep waters can have a detrimental effect on fish habitats and even lead to the formation of dead zones that cannot support life. Added to this is the potential for poisonous substances to be released into water we drink by algae that flourish in the warmer conditions. Analysis of how climate change will affect lakes shows clearly the threat to animals and humans in the not-so-distant future.”

In this study, Dr Woolway used a computer model to assess the impact on lake mixing regimes under different climate change scenarios projected for the 21st century. Under the higher temperature rise scenario, around a quarter of lakes currently covered by ice in the winter would become permanently ice-free by 2080-2100. Lake water surface temperatures would warm by up to 5.5°C and lake mixing regime alterations could be widespread.

A previous study, published in Nature Climate Change, and co-authored by Dr Woolway, found many more lakes worldwide would become ice-free in the winter due to climate change. It concluded that 35,000 more lakes would experience intermittent ice if global temperature rise was limited to 2°C, affecting hundreds of millions of people who live close to them.

Not all lakes that are projected to see temperature rises will experience a change in water mixing pattern, but global warming will clearly have a huge effect on lakes, and consequently the countless animals, organisms and people that depend on them.”

Modelling the effects of current climatic extremes on lakes, and the impacts of future climate change, is central to work currently being carried out in the CFES by several projects. These projects include not only the Marie Sklodowska-Curie IntEL fellowship, but also the PROGNOS and WATExR projects and the MANTEL Innovative Training Network, which is also funded by the EU under the Marie Sklodowska-Curie Action programme and trains early stage researchers to investigate the impacts of extreme climatic events on lakes and reservoirs. Together, these projects place the Lake and Catchment Management group within CFES at the centre of current European and global modelling initiatives to anticipate future effects of climate change on global water resources

The IntEL project has received funding from the European Union’s Horizon 2020 research and innovation programme under the Marie Sklodowska-Curie grant agreement No 791812. 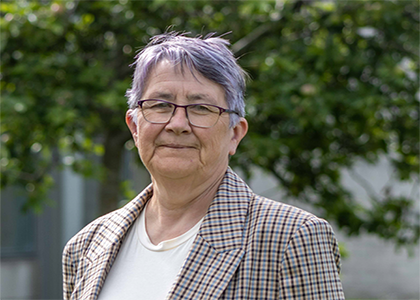 A Headstart Back into Education with DkIT