Sarah McCann, lecturer on the BA (Hons) in Film & Television Production and Producer/Director with Little Road Productions Ltd., based in the RDC, is behind the recent 'Dillon's Challenges' weekly articles published on RTE.ie and the accompanying documentary, 'My Story: Dillon's Adventures', broadcast on RTE2 recently. 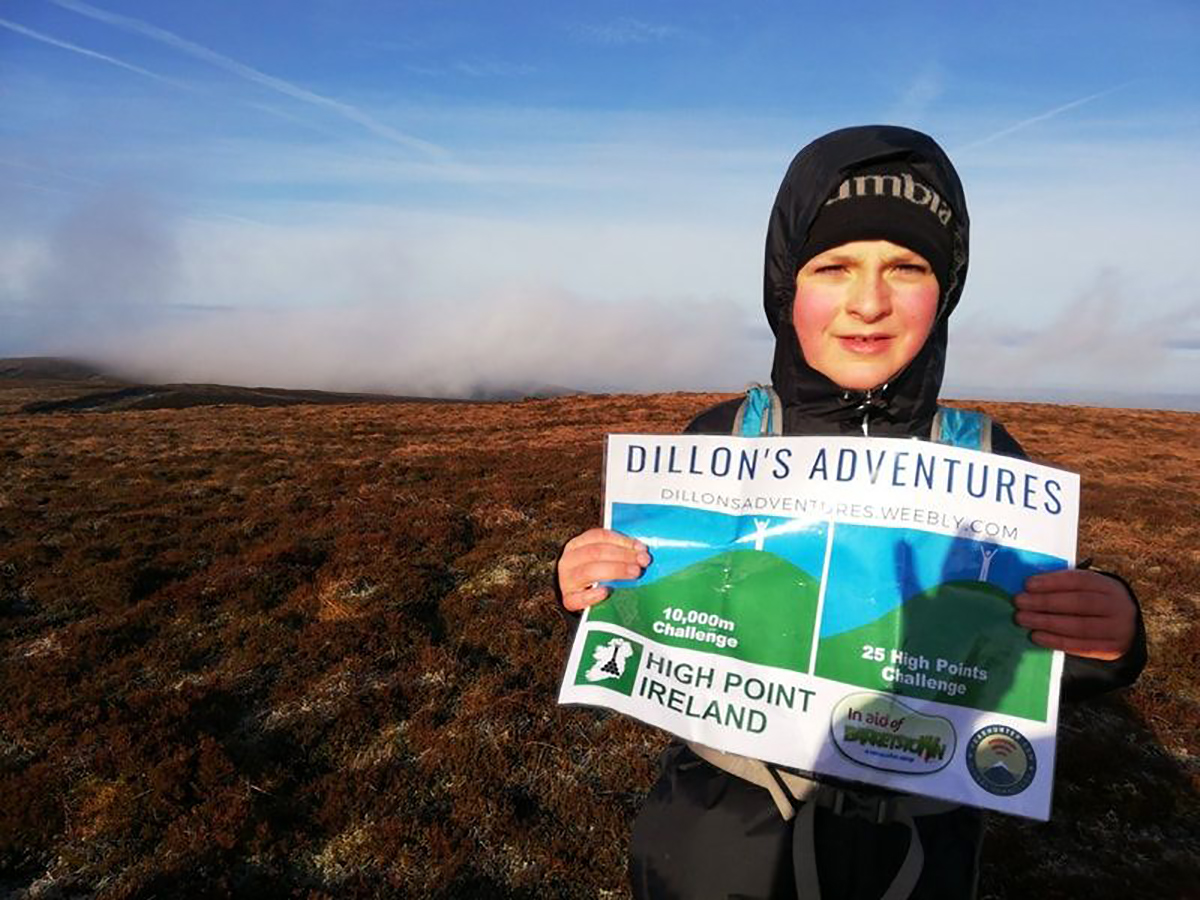 The documentary follows Dillon Lynch from Co. Cork, no ordinary 12 year old.  He climbed his first mountain at the age of 3 and by the time he was 9, he had already hiked to the top of all of the highest points in each county in Ireland.  These included the highest peaks in each province, leading to him winning an award for being the Youngest Person ever to complete this challenge.

Having completed this feat, Dillon and his Dad, Pat, have been undertaking many more mountain challenges, including the Mainland Munster High Point Challenge.  In the documentary 'My Story: Dillon's Adventures', we accompany Dillon and Pat as they brave the elements to climb to the top of the 49th and final mountain on this challenge, Mount Eagle, outside Dingle in Co. Kerry.

Alongside producing and directing this documentary, Sarah conceived 10 challenges that would accompany it with the aim of getting kids and their families active and into the outdoors.  These include hiking, cycling, fishing, flying a kite and running, amongst others, and have been published weekly since the broadcast on RTE.ie.

A list of the challenges to date can be seen at https://www.rte.ie/lifestyle/dillons-adventures/

The documentary 'My Story: Dillon's Adventures' can be seen on the RTE Player