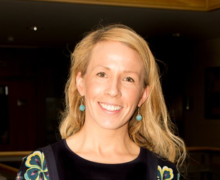 We are in the process of migrating and updating content for the new website. If you can't find what you're looking for or if you require any futher information please contact the web team, we'd be happy to help.