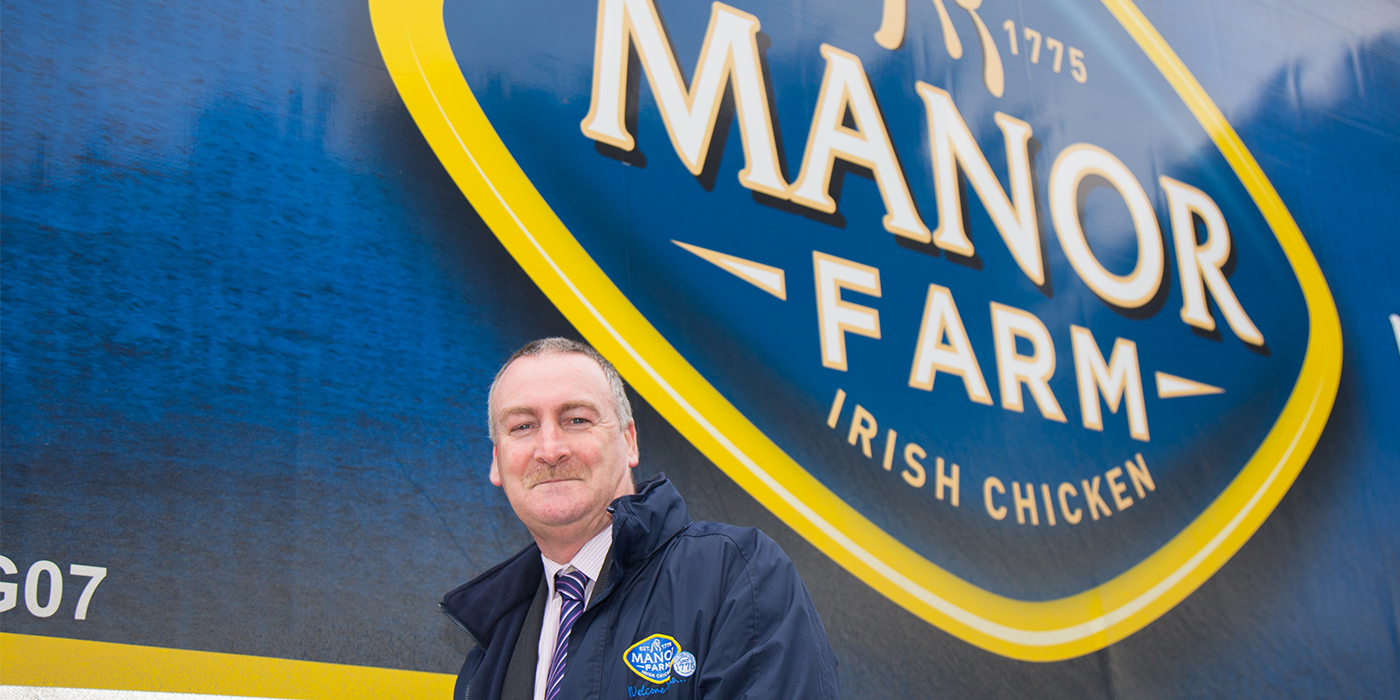 Tony McKeever from Wicklow was on the second team of Manor Farm staff to receive the Certificate in Lean Six Sigma via a unique educational partnership with Dundalk Institute of Technology (DKIT). The Green Belt in Lean Six Sigma is a flagship programme for the Institute and because of the numbers involved, it is delivered by its lecturers on-site at the company premises in Shercock, Co. Cavan.

An FAI Cup winning semi-professional footballer in his youth, Tony began his business career in van sales with Johnston Mooney & O’Brien before joining Manor Farm in 1989, Ireland’s largest poultry processor and one of the oldest companies in Ireland. Since then, he has progressed through several roles, increasing in seniority and is now a key accounts manager looking after several high-profile clients in the retail and the foodservice sector, the latter which he said was "growing at a phenomenal rate."

Any initial concerns that Lean Six Sigma course might be too skewed towards operations and manufacturing were soon dispelled. Tony said,

“The practical real-life industry case studies were very digestible and brought the whole concept of Lean Six Sigma to life for me. My assigned project, that of looking at slow-moving product lines, with a view towards taking them out of the business without upsetting the clients and other account managers, was also a good one for me to tackle.”

Using Lean Six Sigma, Tony established a way to assess potential new product lines objectively, removing a lot of the subjective guesswork and turning it into a more rational process. “And the end of the day, we’re a manufacturing business and there has to be balance.”

What Tony especially enjoyed about the course was it gave him a chance to interact with people from different parts of the business and gain an even greater insight into their roles.

Manor Farm now has new owners and as part of the course, Tony got a chance to visit their factory in Denmark.

“It was a fantastic experience. Lean Six Sigma was applied everywhere so everything had a purpose and flow to it. “

Tony has always believed in continuous professional development to help achieve his business career goals and has several other qualifications under his belt. He rates his success with them in same way as those achieved in his football career. He said,

“I remember my first Cup Final in 1990 as a defender for Bray Wanderers. We won in front of over 30,000 people at Lansdowne Road and I’ll never forget the elation and sense of achievement I experienced that day. I felt exactly the same way when I received my MSc in Business Leadership and Management Practice from the Michael Smurfit Business School in UCD in 2014 and the Green Belt in Lean Six Sigma in 2017.”