Andrew Bonehill swapped his calculator for a synthesiser and says ‘I just love, every single day.’ 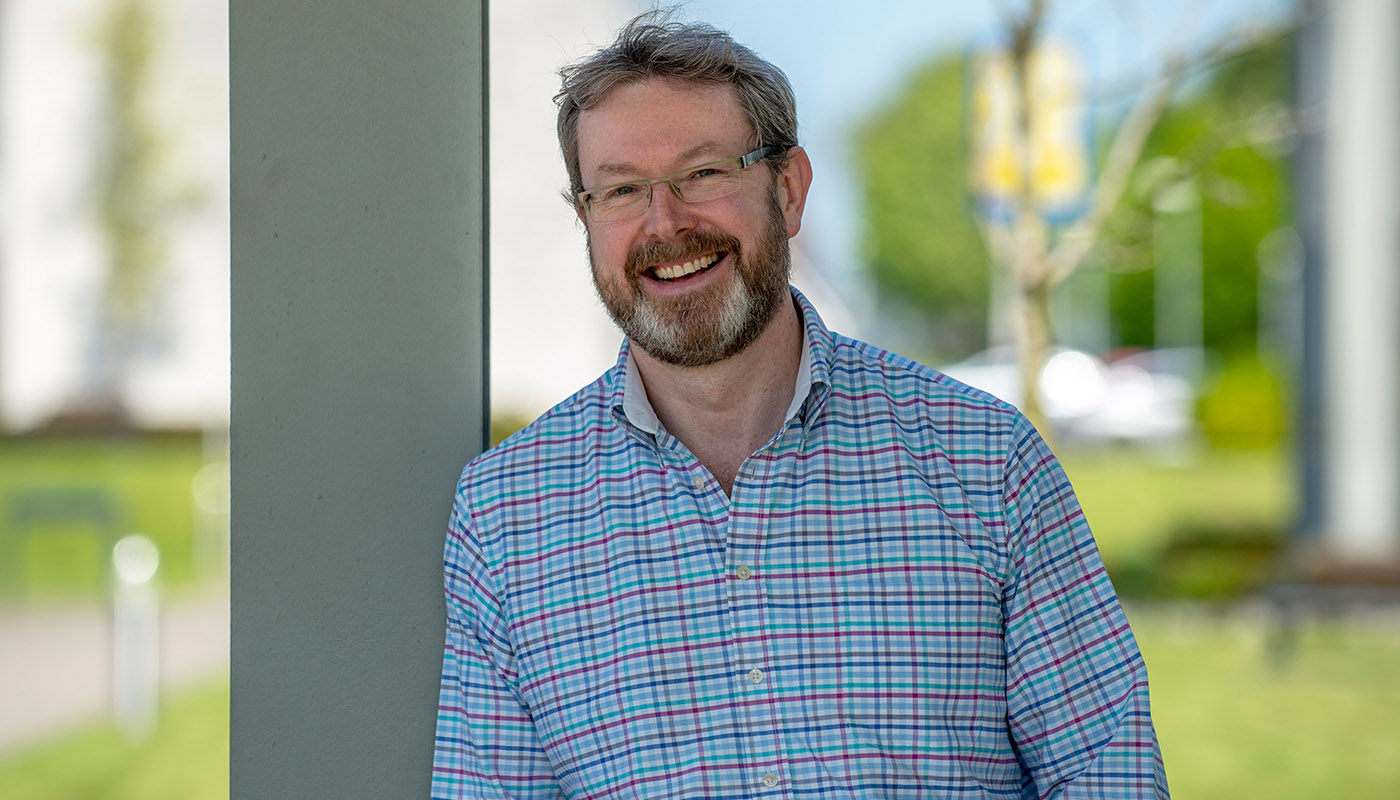 For 27 years Andrew Bonehill (48) worked as an accountant until a health scare and encouragement from his wife led to him returning to his true love - producing and composing music.

“I have done three years of my course in Production of Music and Audio at DkIT and every day I am here is like a holiday,” he said.

From Clonsilla, Dublin, Andrew said,  “When I was a kid and teenager I was obsessed with music. I was in bands, I used to write music, I was in studios recording, and then when I had just turned 18 I was appointed musical director for our school production of ‘Animal Farm’.”

He did his Leaving Certificate in 1988 and, “I went for a couple of interviews and ended up in an accountants practice that needed a couple of trainees.”

He qualified, worked in industry and the public sector and then eventually had his own practice with offices in Dublin and Birmingham.

“It gets to you and I ended up going to my doctor who said I needed an operation on my heart and then after it, I had no choice but to go straight back to work two days later.”

Andrew had built a small project studio at the bottom of his garden and in it were his old synthesisers and mixing desk but he rarely got to use them.

When their daughter Caoimhe visited Dundalk Institute of Technology in her Leaving Cert year, he went too and liked what he saw.

With Rachel’s encouragement he applied and secured a place on the course.

“The night before I began my first year, my daughter asked was I nervous, was I scared? I said The only thing that scares me is the thought of doing accountancy for another 20 years, the fact I don’t have to do it is great.”

“I am doing it this purely out of the love and enjoyment of the subject.  Every day I am here is like I am on holiday. I just love, every single day here.”

“I have spoken to other people in other colleges and the generally accepted consensus seems to be that, out of all the different colleges around the country who offer this type of course, DkIT is ahead by a country mile and is the best one.”

“The course content here is very broad and interesting, and our lecturers are all very experienced and enthusiastic. Courses like this simply didn’t exist when I left school and unfortunately I didn’t get the opportunity to do anything with music after my Leaving Cert, so it’s great to be learning things now

Next year Andrew wants to go to study ‘Film and TV composition,’ as part of his final year 4.

BA (Hons) in the Production of Music and Audio