On Wednesday the 22nd of November, 15 students from Film and Television Production in DKIT visited the RTE studios in Dublin for a class trip. During the trip, they got a unique opportunity to see how the things they learn in college can be applied in the real world. 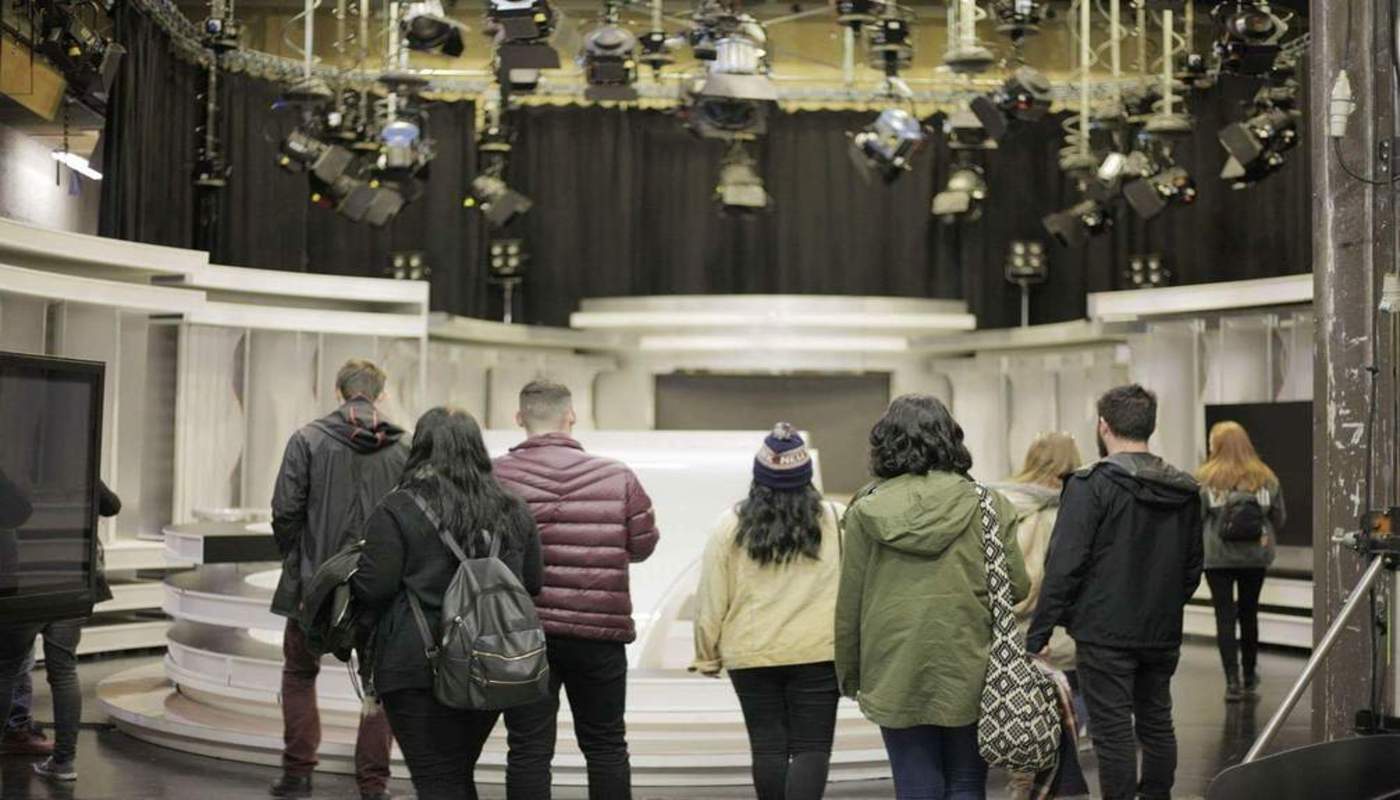 They started their trip with a tour of RTE studios where they saw many of the locations where live TV is filmed. They then got an overview of the news and current affairs division of RTE where they were got an overview of the technology that is used to broadcast the news. They then met with a VT editor who gave the students a rundown of the typical day of an editor who showed the students the workflow that is used to edit material for television.

The students then spoke with Eleanor Mannion who recently shot the feature the length documentary, ‘’The Collectors” on an iphone. She showed the students how high quality material is now being shot on minimal amounts of technology that is then aired on RTE.

“it’s incredible how a documentary like that could be shot on something as simple as an iphone.”

The students also met with Jane Murphey, the Executive Producer of Claire Byrne live. She showed the students the process that is used to generate ideas for live TV and then went through how they choose what ideas get included in the show.

“It was really useful to hear how ideas are generated for live TV. I will definitely take the things I learned on board for future projects”.

They concluded their trip by watching the One O’clock News bulletin live from the gallery where they got to see the protocol they learn in the TV studio in DKIT being applied in the real word.

“It was really great to see the everyday routine of the news. It runs like a well-oiled machine”

Overall, the trip was a great success and all the students had a very positive outcome.

At the end of the trip Laura Fay said that:

“it was really insightful to see how the things we learn in college can be applied in our future careers. It was really nice to meet people who were once students themselves who were able to give us advice on how to make it into the industry and how to handle real life situations in the studio.”

For more information about the BA (Hons) in Film and Television. click below:

BA (Hons) in Film and Television