The warming of lake temperatures across Ireland and central Europe poses major risk to rare Arctic charr fish populations which date back to before last Ice Age.

A new study led by Centre for Freshwater and Environmental Studies at Dundalk Institute of Technology (DkIT), in conjunction with the Marine Institute, has uncovered new evidence that identifies climate change as a major risk to the increasingly rare populations of Arctic charr found in Irish lakes and other regions across Europe. 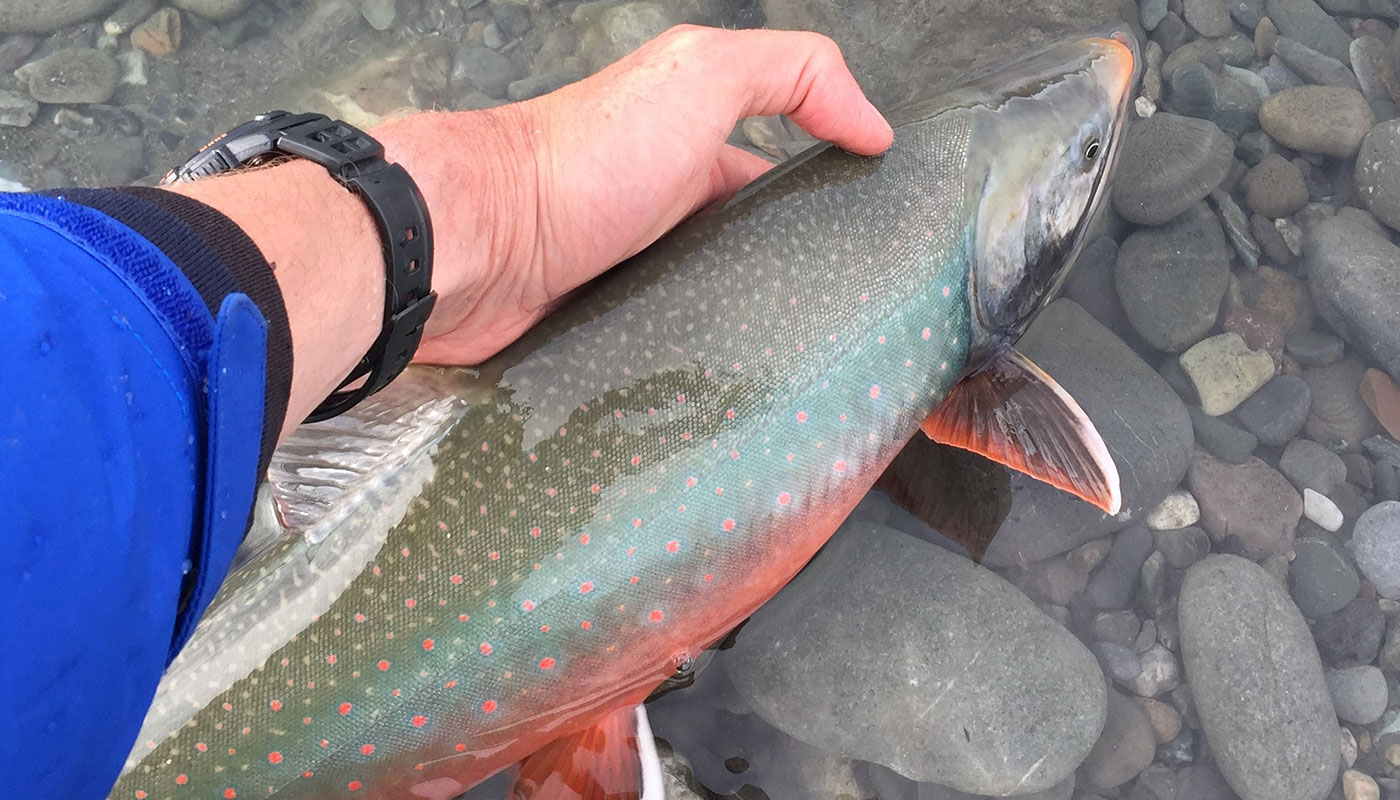 Image of a Arctic Char about the be released into clear water. 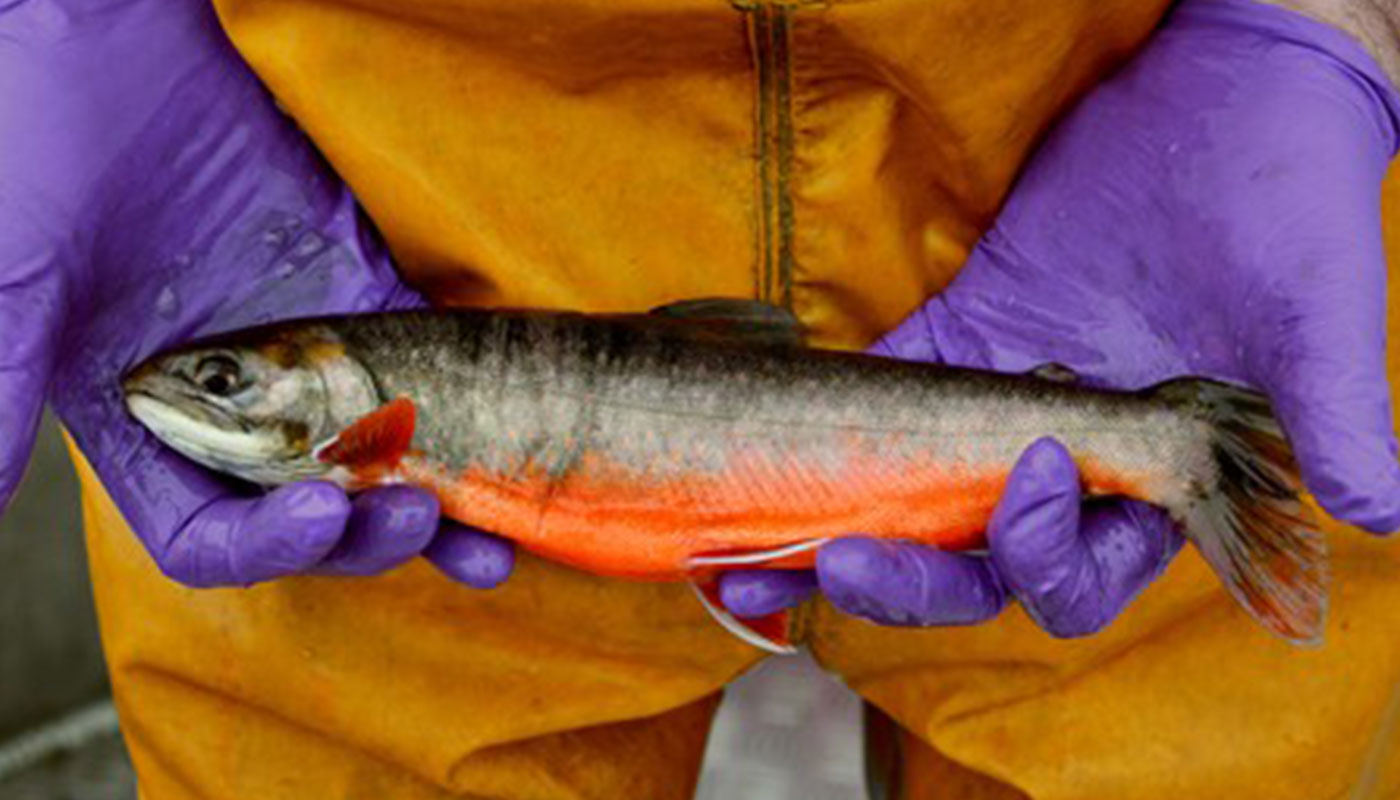 The Arctic charr is a cold-water fish in the family Salmonidae which is native to alpine lakes and Arctic and subarctic coastal waters. The species is remarkable because it has the most northerly geographic distribution of any freshwater fish and can survive in lakes high in the Arctic circle, even living under ice for up to 9 months of the year. It is therefore curious that it is also found at warmer, southern regions, including here in Ireland.

The research project which is co-funded under the BEYOND2020 and WATExR projects, included international collaboration between climate scientists and fish biologists. It examined a selection of lakes across Ireland, Britain, France and Swizerland, located near the southern extent of the Arctic charr's native range. The study found that winter temperatures in critical spawning habitats are warming rapidly and impacting potentially on critical spawning habitats of this species. The study used multiple, established models of the Earth's climate system and accounted for different levels of future atmospheric greenhouse gas emissions to find out how much additional warming might occur and what temperature risks would be posed to sensitive developing charr eggs following spawning.

"The results are sobering", says Dr Seán Kelly, post-doctoral research fellow with the Centre for Environmental and Freshwater Science in Dundalk Institute of Technology working on the BEYOND 2020 project, and lead author of the study.

"Unless greenhouse gas emissions are reduced considerably, winter warming of up to 4 degrees is likely to occur in these lakes in spawning habitats, rendering them highly unsuitable for the development of charr eggs. Furthermore, unlike many marine species, these lake populations have very little opportunity to migrate to more suitable, cooler lakes and establish new spawning grounds and are therefore at risk of extinction from these lakes unless they can quickly adapt to such warmer conditions."

Along with lake-resident populations in Britain and in Alpine regions of central Europe, the Irish Arctic charr is considered a glacial relict, a secretive fish left behind after the glacial retreat at the end of the last Ice Age, about 10,000 years ago. As these regions warmed, the charr populations left behind could survive only in sufficiently cold, deep lakes and are usually found in mountainous areas. One of the last remaining Irish populations of Arctic charr is found in Lough Bunaveela, a small lake in the Nephin Beg mountains, at the top of the Burrishoole catchment in County Mayo.

The study indicted that climate model scenarios which limited global warming to "below 2°C, if not 1.5°C", as pledged in the Paris Agreement, supported future spawning habitat temperatures that may allow charr populations to persist. However, the fact that global emissions have not yet been sufficiently curbed to align with this 'best-case' scenario, and are currently tracking the more severe emissions scenario, certainly does not bode well for the fate of Arctic charr and the authors warn that we are at risk of losing this emblematic fish entirely from our lakes within the next hundred years. These charr population may persist only if they can adapt to warmer winter conditions; whether they can do this, and at a rate faster than lake warming, remains to be seen and should be a focus of future research.