In celebration of National Harp Day, Lá na Cruite 2018 on October 20th, DkIT postgraduate music student Sylvia Crawford is facilitating workshops introducing the ancient Irish harp to people who would like to know more about the history and traditions of Ireland’s iconic, ancient instrument.

This year, National Harp Day will see more harpers playing at harp events the length and breadth of Ireland. On that day, Sylvia will facilitate a beginners’ workshop on copies of ancient Irish harps at the Irish Traditional Music Archive in Dublin, following on from her Belfast workshop on Saturday 13th October.

Although there has been a surge of interest in the harp in recent years, many people may never have heard the early Irish harp before, though its image has been seen on coinage on this island since King Henry VIII’s time. This is a rather special harp – Ireland’s ancient instrument – strung with brass wire. Played by the famous Irish harper composer Turlough O’ Carolan, among others, until the turn of the nineteenth century, it is now being rediscovered and can be heard on this island once more.

Sylvia Crawford, from Co. Armagh, combines both a classical and a traditional music background. She graduated in music and ethnomusicology from Queen’s University Belfast, and in arts administration from NUI Galway. She is currently completing a Masters by Research at Dundalk Institute of Technology on music and tourism in the Oriel region, under the supervision of Dr Adèle Commins and Dr Daithí Kearney. The project develops a focus on the life and music of Patrick Quin, an eighteenth century harper from Co. Armagh. Sylvia teaches and plays early Irish harp, fiddle and piano. She is actively involved with the running of The Historical Harp Society of Ireland, as well as teaching at Scoil na gCláirseach. Most recently she has been working with Irish singer, Pádraigín Ní Uallacháin, and Sylvia’s harp music and research features on Pádraigín’s 2017 online project, Oriel Arts.

The study of the musical heritage of the Oriel region is integral to research ongoing in the Creative Arts Research Centre and Department of Creative Arts, Media and Music at DkIT. A number of projects engage with historical and current practices in music including performances. This research is of great benefit to the wider community in the region and informs regular performances. The Oriel Traditional Orchestra, which is an ensemble in residence at DkIT, has also brought the music of Carolan and other local sources to life in performances. 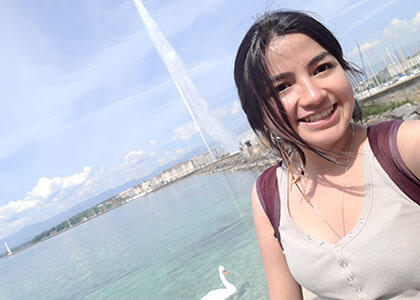