On Thursday 22nd March 2018 team DkIT once again competed in and won the All Ireland Robocode Challenge at the Limerick Institute of Technology (LIT) campus in Thurles, Co. Tipperary (part of Gamesfleadh 2018). 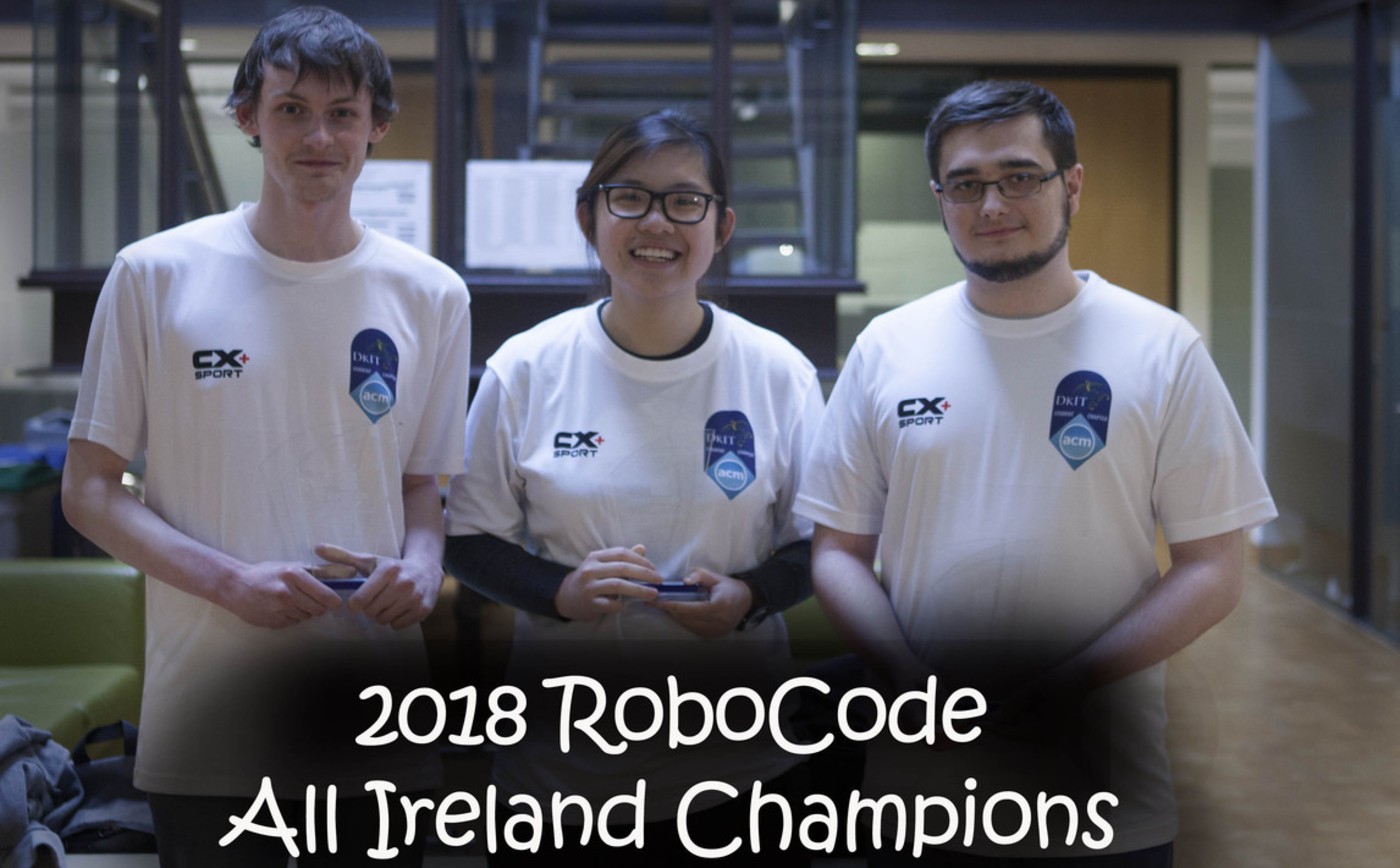 The duo put a serious amount of effort into trying different algorithms and executing test battles against past years' robots all to ensure the effectiveness of the tracking and attacking strategy while preserving good health metrics. Team DkIT's robot participated in six battles in the qualifying round and had five impressive wins. The team won the semi-final and competed against Carlow IT in the final ultimately claiming victory with a score of 7-6. This is a major achievement for DkIT as it is the third time winning the nationwide competition.

Congratulations to the team DkIT and their mentor for their commendable efforts.

For more information about the Robocode Challenge, click below: